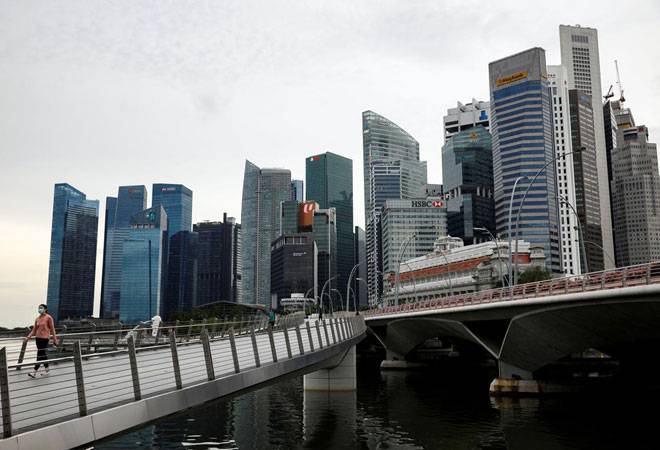 A Singapore court on Monday imposed a fine of over USD 1,400 on an Indian student for attending a gathering at a rented apartment, in violation of the country's "circuit breaker" rules enforced to contain the spread of the coronavirus.

Jasteena was among the 10 Indian students who had gathered at the apartment on Kim Keat Road on May 5, during the COVID-19 "circuit breaker" period when it was illegal in the country to have guests at one's household or to meet other people for social purposes.

Kaur also invited Jasteena to the unit so that they could study together. She arrived at around 11:30 am and remained in Kaur's room.

The court was told that the police were alerted about an altercation at the unit by an unidentified person. When the police arrived at the spot at around 1 pm, they found the offenders there.

The court documents did not reveal details about the tiff.

DPP Koh told the court that even though Jasteena spent only 80 minutes in the unit, her visit did not have an "agreed end time" and would likely have continued had the police not gone there.

The DPP also said that Jasteena had met Kaur for a "frivolous and completely unnecessary purpose in blatant disregard of the social distancing measures that the rest of society has taken pains to comply with".

In another incident, a 30-year old Singaporean woman of Indian-origin was fined SGD 5,000 (USD 3,581) for several offences, including leaving her house twice to meet her boyfriend during the COVID-19 "circuit breaker" period.

Renukha Arumugam was fined on Monday after being charged with five counts under the COVID-19 (Temporary Measures) Act 2020, the Channel News Asia reported.

The charges are meeting individuals not from her household for a social purpose, two counts of leaving her house without a reasonable excuse and one count of not wearing a mask properly when outside.

According to the charge sheet, Renukha left her house on three occasions: twice to meet her boyfriend and a third time to meet a friend. She was also accused of not wearing her mask over her nose and mouth at the entrance of a car park while meeting her boyfriend.

The "circuit-breaker" period began on April 7 as part of which all non-essential work places were closed and residents were barred from leaving their house except to buy food and groceries or to exercise alone in the neighbourhood. It ended on June 2.

Businesses that operate in settings with low transmission risks were allowed to reopen. Full hairdressing services, motor vehicle servicing, air conditioning servicing, printing, basic pet services and education bookshops and limited school activities have been allowed to resume as part of phase-1 of the reopening.

According to the health ministry, there are 40,818 confirmed COVID-19 cases in Singapore.