Trudeau said Canada had intelligence from multiple sources indicating the plane had been shot down by an Iranian surface-to-air missile, quite possibly by accident 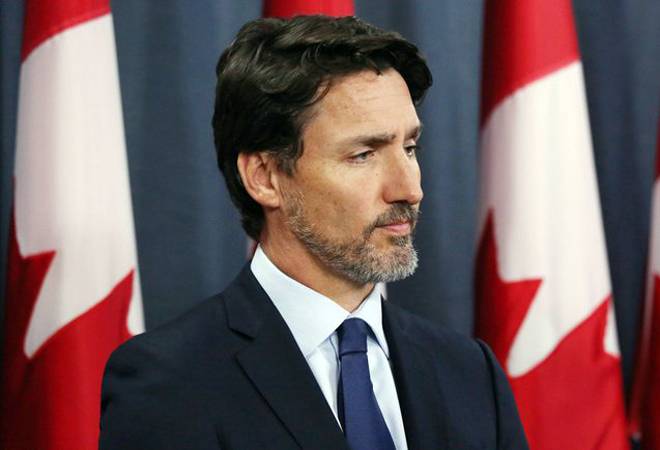 Canadian Prime Minister Justin Trudeau on Thursday vowed his government would not rest until it had all the answers about the destruction of a Ukrainian airliner which he said was hit by an Iranian missile.

All 176 people on board, including 63 Canadians, were killed on Wednesday shortly after it took off from Tehran on a flight to Kiev. Iran denies its forces brought down the plane.

The crash is one of the most deadly disasters in recent Canadian history.

Trudeau said Canada had intelligence from multiple sources indicating the plane had been shot down by an Iranian surface-to-air missile, quite possibly by accident.

"The families of the victims and all Canadians want answers. I want answers," he told a news conference.

"That means closure, transparency, accountability and justice. This government will not rest until we get that," he continued, reiterating demands for a full inquiry that he stressed should involve Canadian investigators.

Canada has not had diplomatic relations with Iran since 2012, making its participation in the investigation a challenge.

"The response by the Iranian government, the Iranian foreign minister, was open, was encouraging," Champagne told reporters in Montreal, expressing optimism that consular officials would soon receive visas to go to Iran.

Trudeau said he spoke earlier to Ukrainian President Volodymyr Zelenskiy, who told him that Iran would allow investigators from Kiev access to the plane's black boxes, which Tehran has said would not be allowed out of the country.

Trudeau was pressed by journalists about whether the United States should be held at least partially responsible for the tragedy, given that tensions in the region ignited after a U.S. drone attack killed a top Iranian general.

"It is too soon to be drawing conclusions or assigning blame or responsibility in whatever proportions," Trudeau said.

The plane came down within hours of Iran launching missile attack on two Iraqi bases housing U.S. forces in response for the killing of the general.

Asked how Ottawa might react once the facts were known, Trudeau replied, "Anything in the range of responses would need to start from a clear understanding and a credible confirmation of what actually happened."

Lunar eclipse 2020 today: Check timings in india, when and where to watch Chandra Grahan