India's reply to Imran Khan's UN speech: Will Pakistan deny it is home to 130 UN-designated terrorists?

Will PM Imran Khan deny to the city of New York that he was an open defender of Osama bin Laden, asks India at the UN General Assembly 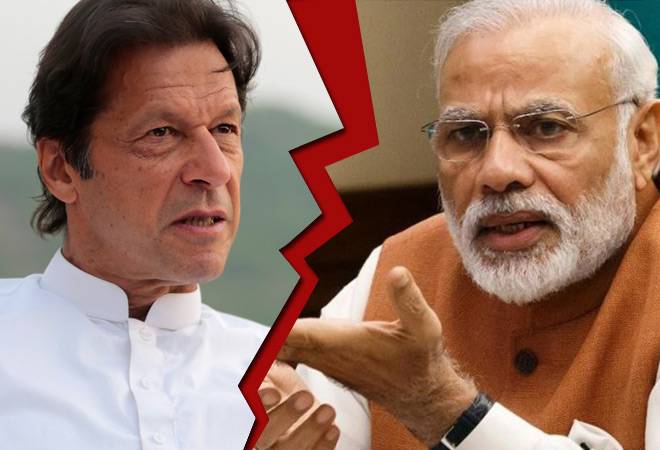 India has said Imran Khan's speech at the UN was full of divisiveness and an attempt to sharpen differences and stir up hatred.

In a stern reply to Pakistan Prime Minister Imran Khan's speech at the UN General Assembly in New York on Friday, India said its Indians don't need Pakistan, a country that has built an industry of "terrorism from the ideology of hate", to talk on their behalf. India also raised several questions over Pakistan's claims of clamping down on terror activities on its soil. Vidisha Maitra, First Secretary Ministry of External Affairs, while exercising India's right of reply to Khan's speech, said Khan's threat of unleashing nuclear devastation qualifies as "brinksmanship not statesmanship".

She said Khan's speech was full of "divisiveness" and is an "attempt to sharpen differences and stir up hatred". "Simply put, it is hate speech," she added. On Khan drumming up hysteria about a nuclear war with India and claiming that his government had dismantled all terrorist groups in Pakistan, the Indian representative, through the UN Assembly, asked some uncomfortable questions from him: "Will Pakistan acknowledges that it is the only government in the world that provides pension to an individual listed by the UN in the Al-Qaeda and Daesh sanctions list?"

Vidisha Maitra, First Secretary MEA exercises India's right of reply to Pakistan PM Imran Khan's speech: Citizens of India do not need anyone else to speak on their behalf, least of all those who have built an industry of terrorism from the ideology of hate. https://t.co/sK89cd3VVypic.twitter.com/sLkB7YXUei

Maitra also asked if Pakistan would deny that the Financial Action Task Force (FATF) had put the country on notice for its violations of more than 20 of the 27 key parameters? "And would PM Imran Khan deny to the city of New York that he was an open defender of Osama bin Laden," asked the MEA representative.

Vidisha Maitra, First Secy MEA: Will Pakistan deny that Financial Action Task Force has put the country on notice for its violations of more than 20 of the 27 key parameters?And would PM Imran Khan deny to the city of New York that he was an open defender of Osama bin Laden? pic.twitter.com/d7GVxXuH03

During his speech on Friday, Imran Khan invited the UN observers to visit Pakistan and see how it had destroyed all terrorist camps and dismantled guerrilla warfare organisations, created with the support of the US, during the Soviet invasion in Afghanistan. "Now that PM Imran Khan has invited UN observers to Pakistan to verify that there are no militant organisations in Pakistan, the world will hold him to that promise," Maitra said.

Slamming Pakistan for its double standards over terrorism and playing the victim card in front of the world community, Maitra asked if Khan could confirm that it's home to 130 UN-designated terrorists and 25 terrorist entities listed by the UN.

The Indian representative said Khan, who was a cricketer earlier, had forgotten the ethics of the gentleman's game, which reflected in his UN speech that full of crudeness. "For someone who was once a cricketer and believed in the gentleman's game, today's speech bordered on the crudeness of the variety that is reminiscent of the guns of Darra Adam Khel," said Maitra.

Maitra said India does not need lesson on communal harmony from a country that had indulged in systemic persecution and forced conversions of minority communities in Pakistan. "Pakistan has shrunk the size of its minority community from 23 per cent in 1947 to 3 per cent today & has subjected Christians, Sikhs, Ahmadiyas, Hindus, Shias, Pashtuns, Sindhis & Balochis to draconian blasphemy laws, systemic persecution, blatant abuse and forced conversions," she said.

Imran Khan on Friday said India had gone against the Indian Constitution and illegally revoked Article 370, which gave Kashmir the special status and stationed an extra 180,000 troops there. The MEA representative said: "The mainstreaming of Jammu & Kashmir, as well as Ladakh, in India's thriving and vibrant democracy with a millennia-old heritage of diversity, pluralism and tolerance are well and truly underway, Irreversibly so."