According to the lawmakers present in the meeting, Oli said that he was forced to take the decision to dissolve Parliament after he was 'cornered' within his party and 'conspiracies' were hatched against him 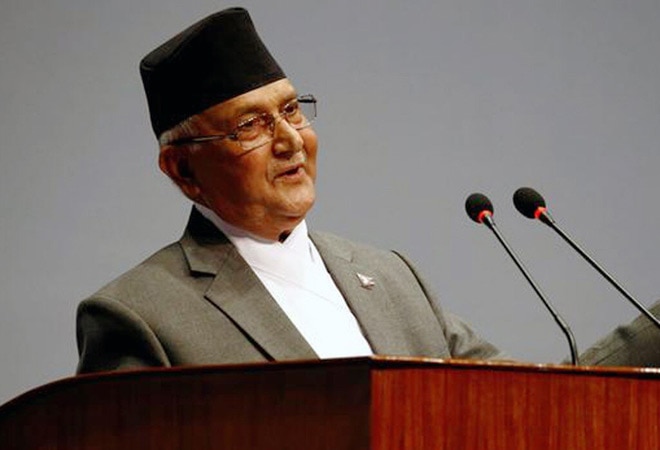 Nepal's embattled Prime Minister K P Sharma Oli on Monday rejected the ruling party's decision to take disciplinary action against him, saying he was forced to dissolve Parliament after "conspiracies" were hatched against him.

Oli on Sunday sprang a surprise on his rivals and got the President to dissolve Parliament, a controversial move amidst a prolonged tussle for power between him and former premier Pushpa Kamal Dahal 'Prachanda' within the ruling dispensation.

The ruling Nepal Communist Party's Standing Committee meeting termed Oli's move as "unconstitutional, undemocratic and based on his personal whim", and recommended to take disciplinary action against the prime minister.

Rejecting the move, Oli said the decision taken by the second chair of the party was against the party statute, The Kathmandu Post reported.

"Since I am the first chair of the party, any meeting called by the other chair will not be legitimate," lawmaker of the dissolved House Krishna Rai quoted Oli as saying.

According to the lawmakers present in the meeting, Oli said that he was forced to take the decision to dissolve Parliament after he was "cornered" within his party and "conspiracies" were hatched against him in collusion with national and international forces, My Republica reported.

He said he was forced to dissolve Parliament after learning about a plan to impeach President Bidya Devi Bhandari and bring a vote of no-confidence in parliament against him.

"We have to ask for forgiveness with the people and go for a fresh election as we could not deliver what we had promised," Oli told lawmakers.

The move to dissolve Parliament comes as the intra-party feud reached a climax in the NCP which has been witnessing months-long tussle between two factions, one led by 68-year-old Oli and another led by 66-year-old "Prachanda", also the executive chair of the party and former premier.

Oli is set to address the nation on Monday to explain the reason behind his move.