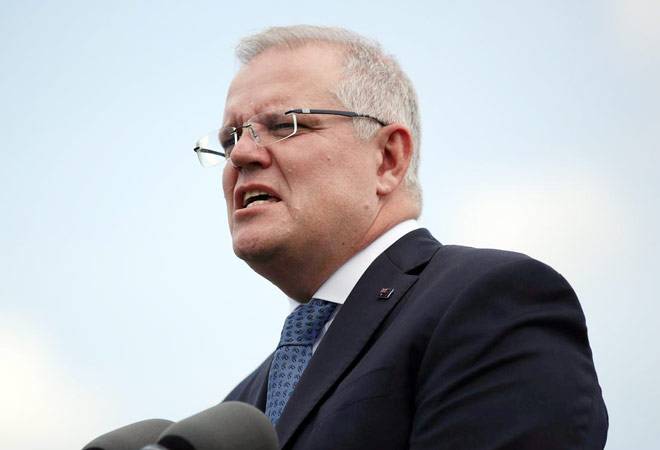 The cyberattacks come amidst Australia's rising rift with China over a number of issues including its recent demand for an investigation into the origins of the coronavirus pandemic.

The relations deteriorated further when China slapped sanctions on some Australian goods and warned its students and tourists against going to Australia.

Prime Minister Morrison said that the cyber activity is targeting Australian organisations across a range of sectors, including all levels of government, industry, political organisations, education, health, essential service providers and operators of other critical infrastructure.

Based on the advice provided to the government by our cyber experts, the Australian Cyber Security Centre (ACSC), Australian organisations are currently being targeted by a sophisticated state-based cyber actor, he said.

We know it is a sophisticated state-based cyber actor because of the scale and nature of the targeting and the tradecraft used, Morrison said without naming any country.

The prime minister, however, declined to pinpoint China, saying the government would not be making "any public attribution" about the attack.

However, a report by ABC NEW quoted Council on Foreign Relations as saying China, Russia and Iran were the three top suspects of sponsoring cyber operations.

Some of the attacks have been on state government departments and agencies and local governments, all of which hold sensitive economic and personal data, he said.

The prime minister said that so far, it did not appear is there had been any "large-scale" breaches of people's personal information, but described the attacks as "malicious".

"This is why we are raising this matter today. To raise awareness of this important issue, to encourage organisations, particularly those in health, critical infrastructure and essential services, to take expert advice and implement technical defences to thwart this malicious cyber activity, Morrison said.

Asked about the motivation of the hackers, Morrison said it was difficult to pinpoint exactly what it "might be", according to ABC News.

What is of interest to us is that it is occurring and what we are focused on is the practices that they're employing.

"We have some of the best agencies in the world working on this which means that they are putting all of their efforts into thwarting these attempts. I can confirm that they have thwarted many, but this is a very complex area, the prime minister said.

The chief executive officer of the Cyber Security Cooperative Research Centre (CSCRC), Rachael Falk, said while people may want to point fingers at particular countries, attributing blame was a "distraction".

"It doesn't matter where it comes from to be honest with you," she said.