The application was reportedly made on the basis of "new evidence", but Westminster Magistrates' Court District Judge Samuel Goozee was not convinced to reverse previous bail rejections in the case 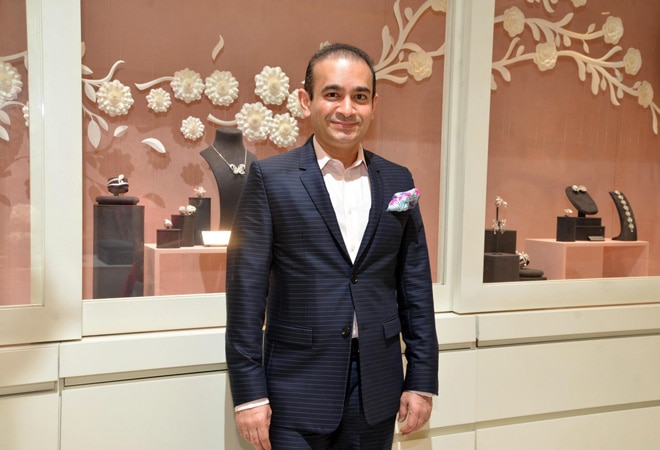 A UK court on Monday rejected the latest bail plea of fugitive diamond merchant Nirav Modi, who has been lodged in a London prison since his arrest on an extradition warrant in March last year.

The application was reportedly made on the basis of "new evidence", but Westminster Magistrates' Court District Judge Samuel Goozee was not convinced to reverse previous bail rejections in Modi's case.

The 49-year-old jeweller, fighting extradition to India on charges of fraud and money laundering in the estimated $2-billion Punjab National Bank (PNB) scam case, has made around six previous attempts at bail at the magistrates' court as well as at the High Court level.

However, each of the applications, which came with an offer stringent conditions akin to house arrest and a bail bond security of 4 million pounds, have been rejected each time as he has been deemed to have the financial means and motivation to abscond.

"The repeated rejection of bail application is a result of excellent coordination among the CBI, the Ministry of External Affairs and Crown Prosecution Service of the United Kingdom," a senior CBI official said in New Delhi, commenting on Monday's development.

At Modi's last High Court bail hearing in March this year, Justice Ian Dove had said, "My central concern of a risk of absconding are not obviated by the measures presented."

Modi's legal team had offered a package of measures, which included a 24-hour electronic tag as well as a private security guard service and strictly-monitored access to gadgets and telephones. The court has also repeatedly been told of Modi's fragile mental health and that his psychological condition was "deteriorating with the ever-increasing detention".

"He has increasingly suffered from severe depression and the latest assessment shows he is on the threshold of being subject to hospitalisation unless given proper treatment and his fitness to plead may be in doubt here or in the requesting state (India) given a high risk of suicide," Modi's barrister, Clare Montgomery, had told Westminster Magistrates' Court last month as part of the defence arguments against inadequate prison conditions in India.

Modi is next scheduled to appear via videolink from Wandsworth Prison in south-west London on November 3, for the hearing in his extradition case when Judge Goozee will be presented with arguments to determine the admissibility of the evidence provided by the Indian authorities.

At a five-day hearing held in September, Justice Goozee presided over arguments for and against the case for his extradition brought by the Central Bureau of Investigation (CBI) and Enforcement Directorate (ED).

The Crown Prosecution Service (CPS), arguing on behalf of the Indian authorities, played videos in court in support of additional charges of Modi's disruption of the CBI's investigation by causing the disappearance of evidence and criminal intimidation of witnesses.

Assurances of adequate prison conditions were also provided by the Indian government, including additional commitments of appropriate mental health care for Modi on being extradited.

The defence team, led by Montgomery, sought to not only establish that Modi's actions related to PNB-issued letters of undertaking (LoUs) did not amount to fraud but also deposed witnesses to highlight mental health concerns. The defence has claimed that the conditions at Barrack 12 in Arthur Road Jail in Mumbai, where Modi is to be held on being extradited, do not meet the UK court's human rights criteria.

The first set of hearings in the case took place back in May, with the hearings in September completing the process to establish a prima facie case and determine if the jeweller has a case to answer before the Indian courts.

The case is being heard in a partial remote setting to accommodate coronavirus-related social distancing norms.

India, US to sign defence pact BECA during 2+2 dialogue today