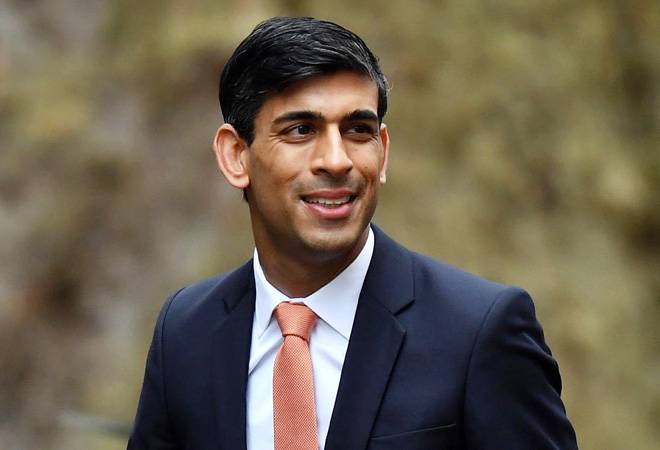 The UK government will present the Budget on March 11 as previously announced, the new Indian-origin Chancellor of the Exchequer Rishi Sunak said on Tuesday as he vowed to unleash the country's potential and deliver the promises made to the voters.There had been much speculation that the Budget could be delayed after the 39-year-old son-in-law of Infosys co-founder Narayana Murthy replaced Pakistani-origin Sajid Javid following his shock resignation on February 13. Now it will be presented as previously scheduled on March 11, he said on his maiden Budget.

Sunak tweeted that he was "cracking on" with preparations" and would deliver the promises made to voters ahead of December's General Election won by the Conservative Party led by Prime Minister Boris Johnson. "Cracking on with preparations for my first Budget on March 11. It will deliver on the promises we made to the British people - levelling up and unleashing the country's potential," he wrote.

During the weekend, UK Transport Secretary Grant Shapps said Budget plans were "well advanced", but Sunak "may want time". He told the BBC: "The guy's only been in place for a few days. Let's give him a few days to decide on the date." Javid's shock resignation followed rumours of tensions between him and the prime minister's senior adviser Dominic Cummings. After Javid stepped down, No 10 announced there would now be a joint team of economic advisers for both the new chancellor and prime minister.

Sunak was Chief Secretary to the Treasury before taking over from Javid. The MP for Richmond in Yorkshire, married to Murthy's daughter Akshata, first entered the UK Parliament in 2015 and has fast risen up the Conservative Party ranks as a staunch Brexiteer who had backed Johnson's strategy to leave the European Union (EU). The Times reported on Tuesday that Prime Minister Johnson and Chancellor Sunak will meet for detailed budget talks for the first time on Wednesday. They are considering cutting pension tax relief for higher earners and relaxing spending rules, the newspaper said.

In the Conservatives' election manifesto, the party promised they would stick to a number of fiscal rules in government. Javid's budget plans were understood to have been well developed. It was due to include a dramatic increase in spending on infrastructure but leave many day-to-day departmental budgets largely in place, cementing another five years of restrictions on welfare and local authority funding, The Guardian reported.

But Sunak is likely to rewrite some of Javid's rules, relaxing budget constraints across a broader number of Whitehall departments, the paper reported. However, he is under pressure from No 10 to consider taxes on wealthy Britons, including a possible mansion tax, to pay for some of the extra spending, it added. In his resignation letter, Javid told Prime Minister Johnson: "I would urge you to ensure the Treasury as an institution retains as much credibility as possible. "The team there has impressed me with the energy and intellect they have brought to delivering the shifts in policy that I have led," he added.

From Apple to Honda: 9 top companies impacted by coronavirus outbreak