Coronavirus outbreak: South Korea is grappling with the largest outbreak of the virus outside China, as a new death took the toll to 17 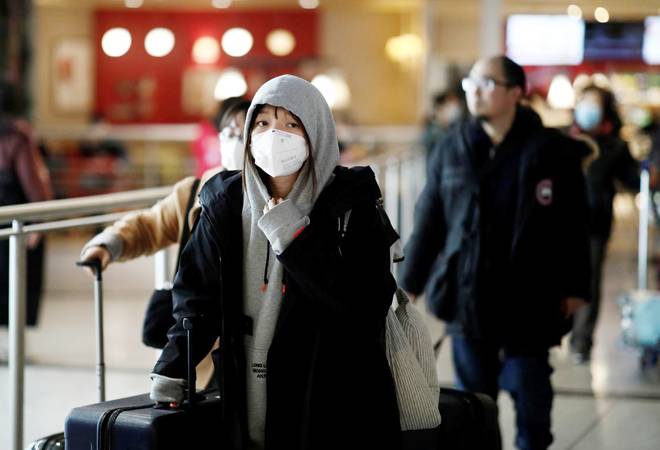 South Korea urged citizens on Saturday to stay indoors as it warned of a "critical moment" in its battle on the coronavirus after recording the biggest daily jump in infections, as 813 new cases took the tally to 3,150. South Korea is grappling with the largest outbreak of the virus outside China, as a new death took the toll to 17, amid a record daily increase in infections since the country confirmed its first patient on Jan. 20.

"We have asked you to refrain from taking part in public events, including a religious gathering or protest, this weekend," Vice health minister Kim Kang-lip told a briefing. It was a "critical moment" in reining in the spread of the virus, he said, adding, "Please stay at home and refrain from going outside and minimise contact with other people." As many as 657 of the new cases were from southeastern Daegu city, the site of a church at the centre of the outbreak, and 79 from the nearby province of North Gyeongsang, the Korea Centers for Disease Control and Prevention (KCDC) said.

In the nearby city of Gumi, LG Display has shut a display module plant for disinfection work until Tuesday, after an employee of a bank in the building tested positive for the virus. Health authorities have run tests on more than 210,000 members and 65,000 trainees of the church linked to a majority of cases after a 61-year-old woman known as "Patient 31" attended religious services there before testing positive. More than 88% have been checked, and about 3,300 have shown symptoms such as fever, Kim added.

Some provincial officials want to press criminal charges against the church, saying it refused to release a complete list of members, although the church denied the accusation, and urged an end to "slander and oppression" of its followers.

Kim said the government was working with the municipal authorities to check if the church provided an incomplete list. A court rejected a plan by conservative groups critical of President Moon Jae-in for a massive weekend rally in downtown Seoul, citing health concerns. The rapid spread of the virus has fuelled fears of a pandemic, with more than 82,000 people infected, and over 2,700 deaths in China and 57 fatalities in 46 other nations, figures from the World Health Organisation showed on Friday.