Trump may pick Exxon Mobil CEO as his Secretary of State

Exxon Mobil CEO Rex Tillerson has emerged as the leading candidate for secretary of state in a Donald Trump administration but two top Republican Senators warned that his nomination could face intense scrutiny due to the veteran oil executive's close ties with Russian President Vladimir Putin. 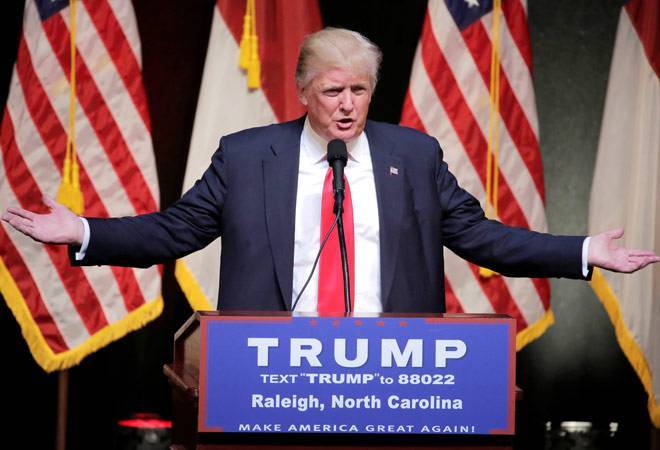 Exxon Mobil CEO Rex Tillerson has emerged as the leading candidate for secretary of state in a Donald Trump administration but two top Republican Senators warned that his nomination could face intense scrutiny due to the veteran oil executive's close ties with Russian President Vladimir Putin.

The final announcement is expected to be made in the middle of this week. If nominated by the US President-elect, 64-year-old Tillerson would be quite an unusual selection to the top post of America's top diplomat.

Tillerson, is currently on top of the list of Trump's Secretary of State because of his contacts with the world leaders, in particular Russian President Putin, US media said.

Tillerson, who met with Trump in New York yesterday, is considered one of the faces of Big Oil globally.

Transition officials, however cautioned that Trump has not made a final decision yet. However in an interview to Fox News, Trump praised the Exxon Mobil CEO.

ALSO READ: A train 2X faster than bullet train is coming to India

"He's more than a business executive; he's a world-class player. He's in charge of I guess the largest company in the world," Trump told Fox News.

Tillerson emerged as Trump's leading candidate for Secretary of State over 2012 Republican presidential nominee Mitt Romney and three others.

The Washington Post warned that Tillerson's nomination could face intense scrutiny in the Senate, considering his years of work in Russia and the Middle East on behalf of the multinational petroleum company.

Already, two leading Republican hawks, Senators John McCain and Lindsey Graham, have voiced concerns about Tillerson's serving as the nation's top diplomat because of his ties to Putin, the daily said.

In 2011, Exxon signed a deal with Russian oil giant Rosneft to provide access to oil resources in the Arctic.

NBC News which first reported about Tillerson's possible nomination, said that Tillerson would be joined by the former US Ambassador to the UN, John Bolton, as the Deputy Secretary of State, who would be responsible for the day-to-day management of the State Department.

Reacting to reports about Tillerson, the Democratic National Committee communications director Adam Hodge said Trump's "outrageous pick" of Tillerson to be Secretary of State demonstrates once again that he lied to the country about draining the swamp, and he's turning the government over to the same Wall Street bankers, Washington insiders and special interests he railed against during the campaign.

"It's also another victory for Vladimir Putin, who interfered in our election to help elect Trump and now has a close ally with no foreign policy experience serving as America's top diplomat," he said in a statement.

Tillerson's Exxon has billions of dollars in business partnerships with Russian-companies, he said, adding that the Exxon CEO opposed the sanctions that were passed under the Obama Administration to keep Putin in check.

"And Tillerson has even been awarded a medal by Vladimir Putin. And if that wasn't enough, Putin's apparent hack of the RNC means he also has leverage over the President-elect and the incoming Chief of Staff," he said.

Democratic Senator Ed Markey said Trump Administration should expect a major battle if Tillerson is nominated as Secretary of State.

"Nominating Exxon CEO Rex Tillerson to be Secretary of State would be handing over the keys to US foreign policy to Big Oil. Donald Trump would be sending a strong signal to OPEC and the entire global fossil fuel industry that oil will be America's primary foreign policy priority. We cannot allow oil to replace diplomacy as the currency of the US Department of State," Markey said.

"I am deeply concerned that Tillerson's long and close ties to Russia and Russian President Vladimir Putin could unduly influence his decision making at a time when we need to be direct and tough with Russia, given recent credible reports of Russian efforts to interfere in our democracy, and events in Syria and Ukraine," said Senator Chris Coons.

"The role of Secretary of State should not be bestowed upon someone whose only notable experience with foreign governments involve multimillion dollar deals with Russia and whose experience with the federal government seems to be limited to campaigns against the effects of climate change," demanded Senator Robert Menendez.

The news about Tillerson's likely nomination has come a day after President Barack Obama ordered intelligence officials to conduct a full review of "malicious cyber activity" during the 2016 US presidential polls, amid growing concerns over Russia's interference in the American election cycle.

Obama has requested this report be completed and submitted to him before the end of his term, he said.