US President Donald Trump has warned business leaders that he would slap a "substantial border tax" on American firms that set up manufacturing bases abroad while offering to "massively" cut down regulations and taxes to encourage companies to produce products domestically. 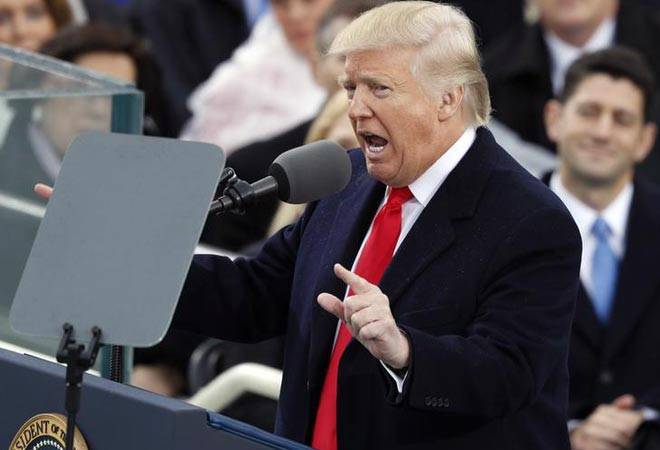 US President Donald Trump has warned business leaders that he would slap a "substantial border tax" on American firms that set up manufacturing bases abroad while offering to "massively" cut down regulations and taxes to encourage companies to produce products domestically.

During a breakfast meeting with America's top 12 business leaders in the White House on his first full day in office yesterday, Trump said a "wave" of manufacturing is now headed back to the US and warned the CEOs of consequences if they shift jobs abroad.

"There will be advantages to companies that do indeed make their products here. So we've seen it. It's gonna be wave. You watch, it's gonna be a wave. I've always said, by the time you put them in these massive ships or airplanes and fly them I think it's gonna be cheaper," Trump said.

"A company that wants to fire all of its people in the US and build some factory someplace else and then thinks that that product is gonna just flow across the border into the US, that's not gonna happen. They're gonna have a tax to pay, a substantial border tax," said the new President.

"So we take in things free, and yet, if you wanna take a plant or you wanna do something, you wanna sell something into China and other countries, it's very, very hard," he said, arguing that massive free-trade agreements have disadvantaged American workers.

"In some cases, it's impossible. They won't even take your product. But when they do take your product, they charge a lot of tax. So I don't call that free trade. What we want is fair trade, fair trade. We are gonna treat countries fairly, but they have to treat us fairly," Trump said told the business leaders, including Michael S Dell of Dell Technologies, Mark Fields of Ford Motor Company, Elon R Musk of SpaceX and Tesla Motors.

"If they're gonna charge tax to our countries -- if as an example, we sell a car into Japan and they do things to us that make it impossible to sell cars in Japan, and yet, they sell cars into us and they come in like by the hundreds of thousands on the biggest ships I've ever seen, we have to all talk about that. It's not fair, it's not fair," Trump said.

'Bill Gates could be the world's first trillionaire'