Trump's net worth down $800m, falls in Forbes wealth ranking

Trump's net worth was pegged at USD 3.7 billion, an USD 800 million decline from last year, according to Forbes. The real estate developer and presidential candidate's ranking fell 35 spots to No. 156 on the gilded list, released Tuesday. 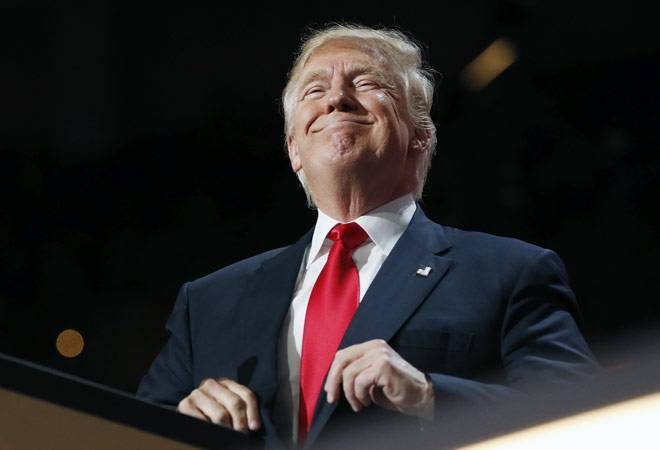 Republican presidential nominee Donald Trump is worth about USD 800 million less this year as compared to 2015, dropping 35 spots on Forbes list of richest Americans.

Trump's net worth was pegged at USD 3.7 billion, an USD 800 million decline from last year, according to Forbes. The real estate developer and presidential candidate's ranking fell 35 spots to No. 156 on the gilded list, released Tuesday.

Last October, Trump's net worth was USD 4.5 billion, putting him on the 121st rank on 'The Forbes 400 list of the wealthiest people in America'.

It said Trump and his father had appeared on the inaugural issue of the list in 1982 with a shared fortune valued at more than USD 200 million.

"An avalanche of debt stemming from bad business deals knocked The Donald out of the ranks in 1990," it said.

However six years later, riding robust real estate markets, Trump returned to the list with a fortune of USD 450 million.

By 2015 Forbes estimated he was worth 10 times that much as property values continued to soar, especially in New York.

Forbes said all three of them are wealthier than Trump this year.

The 70-year-old reality TV star shares his new spot at number 156 with 16 other billionaires, including filmmaker Steven Spielberg, FedEx founder Frederick Smith and five heirs to the SC Johnson fortune.

While Trump fell, many others gained in the list.

A total of 38 billionaires passed Trump on the 2016 list including one of Trump's most vocal critics, Reid Hoffman (No. 150).

The LinkedIn cofounder, who added USD 100 million his fortune this year, has publicly offered USD 5 million to veterans groups if Trump releases his tax returns.

Forbes said in recent years Trump largely moved away from real estate development in favour of "The Apprentice" and licensing his name globally to luxury properties he does not own.

Still, 53 per cent of Trump's fortune lies in Manhattan properties though he is far from the richest developer in New York City.

Trumps fall in wealth ranking comes amid many controversies he has been embroiled in, including the recent one in which he was caught in a 2005 video making lewd remarks about women.