Addressing the Annual UK-India Day during India Global Week 2020 on Friday, the senior Cabinet minister acknowledged India's help at the height of the coronavirus pandemic with vital supplies of paracetamol 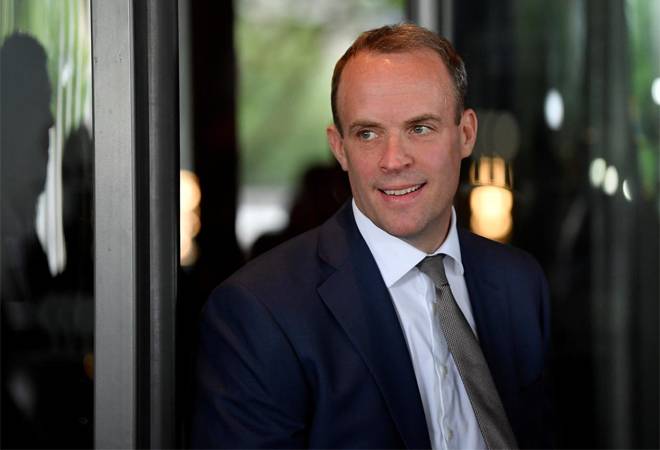 Britain and India will be the "energetic champions" of free trade to boost small businesses, UK Foreign Secretary Dominic Raab said on Friday as he pitched the two nations as leaders in tackling challenges posed by the coronavirus pandemic.

Addressing the Annual UK-India Day during India Global Week 2020 on Friday, the senior Cabinet minister acknowledged India's help at the height of the coronavirus pandemic with vital supplies of paracetamol .

Britain and India will be energetic champions of free trade, to boost small businesses, to cut the cost of living for consumers and to create the jobs of the future, said Raab, addressing the event held virtually given the coronavirus lockdown.

As leaders in the international COVID-19 response, the UK and India also co-authored the G20 Action Plan, providing an immediate package of USD 200 billion of global support to the most vulnerable countries around the world.

"A vaccine created by British scientists and manufactured in India, if successful in clinical trials, will reach one billion people across the developing world, thanks to Oxford University and India's Serum Institute, he said.

The UK has committed 313 million pounds to research and development to support the development of a possible vaccine to COVID-19, and British pharma giant AstraZeneca is leading the development work with Oxford University and the Serum Institute of India.

The UK Foreign Office said the vaccine tie-up builds on the already thriving science and technology collaboration between the UK and India, which has seen joint research and innovation spending increase from 1 million pounds in 2008 to over 400 million pounds by 2021.

Hancock headlined the healthcare session of the event, during which he described India as a tech powerhouse and also hailed the contribution of Indian professionals to the state-funded National Health Service (NHS).

He revealed latest government figures that show that India is the second- highest in terms of countries from around the world from which people have come to work in the NHS.

Hancock said: Prime Minister Modi has called India the pharmacy of the world, and it's true."

Around 40 per cent of UK medicines have some parts of their manufacturing in India.

Lord Tariq Ahmad, Minister of State for South Asia and the Commonwealth, and John Murton, the UK Government's COP-26 envoy were among some of the other speakers at the annual conference themed #BeTheRevival: India and a Better New World.

There are few countries that share the people-to-people connections as the UK and India. This was demonstrated earlier this year when we repatriated more than 15,000 British people from India the largest repatriation operation from a single country since the Second World War, said Ahmad.

As we adjust to the new post-COVID world in the coming months, I know that these people-to-people links will help future generations to build back better. The Living Bridge between our countries on show at India Global Week will grow back stronger, he said.

John Murton sought to highlight that the UK is already a top partner for India on climate change issues, having joined the India-led International Solar Alliance last year, which aims to mobiles more than USD 1 trillion of investments in solar energy by 2030.