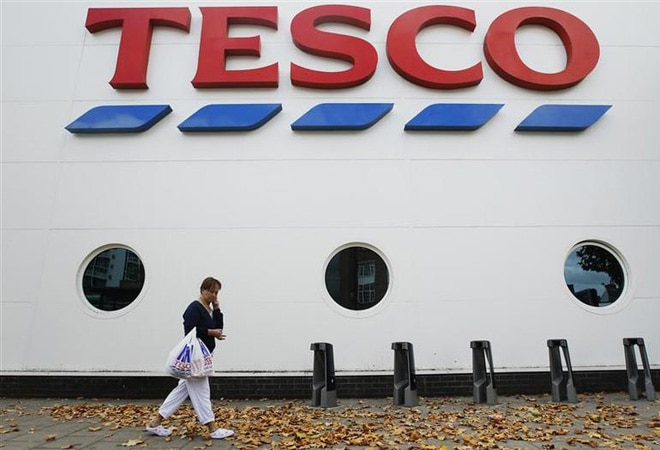 Tesco and Pizza Hut were the two biggest offenders among 139 employers who failed to pay staff the minimum wage between 2016 and 2018, Britain's government announced on Friday after it resumed a policy of publicly naming firms that broke rules.

"It is never acceptable for any employer to short-change their workers, but it is especially disappointing to see huge household names who absolutely should know better on this list," business minister Paul Scully said.

Other employers, mostly smaller businesses, underpaid staff by around 700,000 pounds in total, with some individual workers losing thousands of pounds.

Britain's minimum wage stands at 8.72 pounds an hour for workers aged 25 and over, and will rise by 2.2% from April as well as being extended to workers aged 23 and 24.

The list published by Britain's business ministry did not distinguish between employers who deliberately broke the law and those who made errors applying the sometimes complex rules.

Tesco said it was "extremely disappointed and surprised" at being publicly named for making what it described as a technical error that it had self reported to tax authorities.

"We take our obligations to our colleagues very seriously and all colleagues were reimbursed in full in 2017," it said in a statement.

The government said underpayments by employers often reflected deductions for the cost of food, parking costs, clothing or equipment which took wages below the legal minimum.

Pizza Hut said tax authorities had alerted it and other businesses in the sector to errors relating to deductions for staff uniform costs, which it corrected in 2018.

"It is important to stress that there was never any intent to underpay our employees," a spokesperson for Pizza Hut Restaurants said.

Britain's government temporarily suspended naming firms that broke rules in 2018, before deciding to restart the practice in 2020 after issuing new guidance.