Under the UK's Fixed Term Parliaments Act, Johnson will need a two-third majority - 434 MPs - to get his wish for an early election 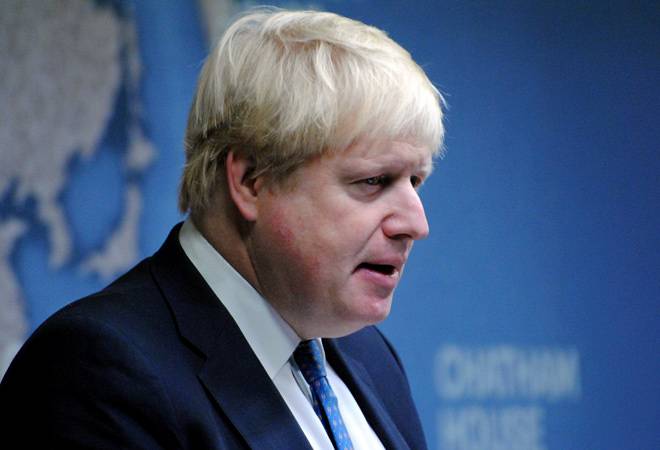 PM Boris Johnson has now confirmed the UK's agreement to the Brexit flextension in a letter to President Tusk. The EU27 written procedure to formalise the decision will be launched soon.

British Prime Minister Boris Johnson on Monday lost his bid to push through a vote in favour of a December 12 snap general election after MPs voted against the motion.

The development came after the European Union (EU) earlier agreed to offer the UK a three-month extension to the Brexit deadline, until January 31 next year, which Johnson then formally accepted by informing the British Parliament.

It effectively means Johnson's "do or die" pledge to exit the EU by October 31 is now dead and he went on to push for a snap General Election, urging the House of Commons on Monday to back his December 12 poll date because the current Parliament had "run its course".

"We must have December 12 as a 'hard stop'. A parliamentary terminus that everyone can believe in, and an election fulfills that purpose to allow a new Parliament and a new government to be in place by Christmas," Johnson told the Commons as he moved his election bid before MPs, even as he admitted that "nobody relished" the idea of the winter polls.

"I think the leader of the Opposition has now run out of excuses," he added, in a direct challenge to the Opposition Labour Party Leader Jeremy Corbyn.

But Labour seems determined not to back his election date, meaning the government is not expected to get the two-thirds of MPs required to trigger a December 12 election. Corbyn accused Johnson of wanting an election "because he has chosen to fail, and he now seeks to blame Parliament".

"Every promise this Prime Minister makes he then abandons. He said he would take us out of the European Union by the 31st of October 'do or die'. He spent 100 million pounds on an advertising campaign to leave on the 31st of October. But failed to deliver," Corbyn told MPs during Monday's Commons session ahead of a debate on the government's election bid.

Meanwhile, the EU has responded to Johnson's letter addressed to European Council President Donald Tusk formally agreeing to the Brexit extension until next year.

"PM Boris Johnson has now confirmed the UK's agreement to the Brexit flextension in a letter to President Tusk. The EU27 written procedure to formalise the decision will be launched soon," a European Council spokesperson said.

Earlier, Tusk had confirmed the decision of the 27 other members of the economic bloc on Twitter, saying a written confirmation process would follow in the coming days to set the new Brexit deadline as January 31, 2020.

"The EU27 has agreed that it will accept the UK's request for a flextension until 31 January 2020. The decision is expected to be formalised through a written procedure," he said.

In his letter to Tusk, Johnson reiterated his opposition to an extension, terming it an "unwanted prolongation" of the UK's membership of the EU and will now focus on pushing for a snap poll.

Under the UK's Fixed Term Parliaments Act, he will need a two-third majority - 434 MPs - to get his wish for an early election.

"The way to get Brexit done is, I think, to be reasonable with Parliament and say if they genuinely want more time to study this excellent deal, they can have it, but they have to agree to a General Election on 12 December," Johnson had told UK MPs last week.

"It's time frankly that the Opposition summoned up the nerve to submit themselves to the judgement of our collective boss, which is the people of the UK," he said.

The Scottish National Party (SNP) has said it will block the government's election attempt. Along with the Liberal Democrats, the party is pushing for an election on 9 December instead - provided the EU grants a Brexit extension until January 31, 2020.

They want the earlier date for an election because it would not leave enough time for Johnson's Brexit Bill to become law before Parliament is dissolved - which must happen a minimum of 25 working days before an election under UK law.

According to some Downing Street buzz, the government might table a second election bid later in the week in order to get its wish for a pre-Christmas election date that will find more support among MPs.

But meanwhile, Britain's exit from the EU scheduled for Thursday is now out of the picture. EU ambassadors had already agreed in principle to delay Brexit beyond October 31 last week and were expected to make a decision on a new deadline this week, with an option for the UK to leave earlier if and when a deal is agreed in Parliament.

A draft text of an agreement for them to sign off included multiple possible dates for Brexit: November 30 and December 31 this year or then January 31 next year.

They seem to have gone for the 2020 option but the mention of it being a flextension by Tusk indicates the possibility of an early exit if a new deal is ratified by the Commons earlier.

Johnson was forced by law to send a letter to the EU requesting a Brexit delay until end-January 2020 as his new Brexit divorce bill failed to clear the Commons hurdle earlier this month.

He had repeatedly insisted the UK would leave the EU on October 31, with or without a deal, "no ifs or buts". However, the parliamentary arithmetic proved unsurmountable in the end.