Trump's re-election campaign had painted Obama's endorsement as overdue, suggesting the former president was reluctant to back his former No. 2 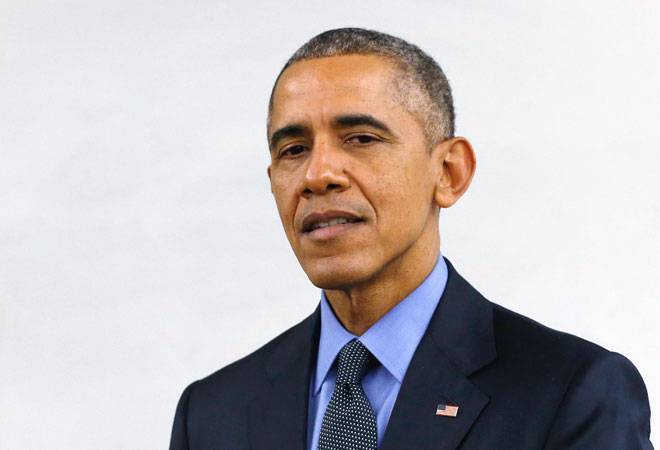 Former U.S. President Barack Obama endorsed Joe Biden as the Democratic nominee on Tuesday, breaking his silence to help his former vice president's efforts to unite the party and energize its voters ahead of the Nov. 3 election.

After staying on the sidelines as a record high number of Democratic candidates fought for the right to take on President Donald Trump, Obama gave his support to Biden in a video message.

"Choosing Joe to be my vice president was one of the best decisions I ever made, and he became a close friend. And I believe Joe has all the qualities we need in a president right now," Obama said in the video.

The swell of support around Biden gives him a dose of energy and attention at a time when the American public is largely focused on the government response to the novel coronavirus pandemic, which has pushed the presidential race out of the spotlight.

"Because he is so popular and the comparison between President Trump and Barack Obama is so stark, it will be such a unifying, motivating factor," said Terry McAuliffe, a former Virginia governor and longtime party official.

Obama had publicly remained neutral as Biden, who served him for eight years in the White House, stumbled in early 2020 Democratic nominating contests and then swept to victory in a series of primaries in March.

Three years after they departed the White House, Obama and his wife Michelle remain two of the most beloved figures in the Democratic Party. Trump won in 2016 vowing to reverse many of the two-term president's policies.

Trump's re-election campaign had painted Obama's endorsement as overdue, suggesting the former president was reluctant to back his former No. 2. But Obama had vowed to stay out of the fractious Democratic race and was only free to endorse once Sanders bowed out last week.

"Obama has no other choice but to support him. Even Bernie Sanders beat him to it," Brad Parscale, the Trump 2020 campaign manager, said in a statement. "Biden is a bad candidate who will embarrass himself and his party. President Trump will destroy him."

Obama's popularity within the Democratic Party could bolster Biden, particularly among demographic groups with which he has struggled. A CNN poll released when Obama left office showed more than 70% of voters under the age of 34 viewed him favorably as did 90% of self-described liberals.

Ben LaBolt, press secretary for Obama's 2012 reelection campaign, said while Obama can appeal to the young voters who backed Sanders, he can also perhaps return to the fold moderate voters who voted for him, but then switched to Trump in 2016.

He also can help Biden scale up his fund-raising efforts, as well as boost him using a dynamic social media presence with a sizable and dedicated following.

"There is no surrogate in the country better suited to helping Joe Biden than Barack Obama," LaBolt said.

The former president's support gives the green light to former Obama officials, wealthy donors and Democratic Party luminaries to enlist in Biden's cause if they have not done so already.

Obama said Biden had the character and experience to lead the country through its recovery from "one of our darkest times." He did not mention Trump by name nor attack him for his handling of the coronavirus pandemic, in keeping with the longtime tradition of a former president not criticizing the current office-holder during a crisis.

In the short term, that may limit Obama's effectiveness as a stand-in for Biden. More critically for the campaign, it could be weeks or even months before the two can appear together in public at a campaign rally.

Ultimately though, Obama likely will be able to do what he did for Hillary Clinton's 2016 campaign, drawing large, enthusiastic crowds in the run-up to Election Day.

Behind the scenes, Obama had been active. He offered guidance to candidates as they were looking to get in the race and even advised a few when they were considering leaving the bruising contest to effectively hand the nomination to Biden.

Obama had multiple conversations in recent weeks with Sanders and others about how to best position the party for the general election matchup against Trump, sources said.

"He was impressed by the caliber of our candidates and the strong campaigns they waged - but always urged them to keep in mind that we must be well-positioned to unify as a party once we have a nominee," said a person familiar with Obama's interactions.

Obama also has advised Biden on key elements of his general election strategy, including telling him to pick a vice president who complements him.

While vice president, Biden was a top adviser to Obama on issues such as the economic stimulus package and the war in Afghanistan. But their political worlds were largely separate.

When Biden launched his campaign for president, he did so surrounded by his own long-time team of political aides and without the assistance of top Obama veterans. In recent months, that changed somewhat when the campaign brought in former Obama campaign manager Jen O'Malley Dillon to help lead the 2020 effort.

Coronavirus: General Motors starts production of ventilators in US

Coronavirus lockdown: What economic activities will be allowed after April 20?