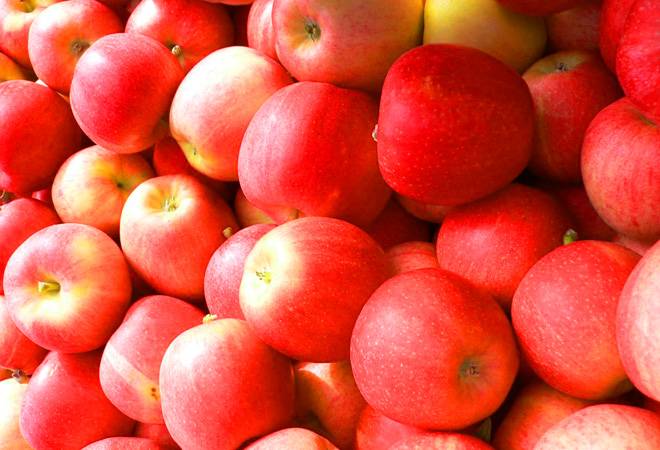 The export-dependent Washington state apple industry is a worried lot after India hiked duties on the fruit, saying it is "very hard" to sell products to other markets when "you lose a reliable and established market".

India would ultimately pass Canada as Washington's No. 2 export market, reaching 8 million boxes by the season's end, it said. Currently, Mexico is the No. 1 export market.

However, India had imported far fewer boxes of the 2018 crop. As of June 15, Washington state had shipped about 2.6 million boxes to India.

It is expected to slow down even more with India slapping a 20 per cent retaliatory tariff on apples, bringing the total duty to 70 per cent, the report said.

Washington state usually exports about 30 per cent of its apple crop, it said.

Mark Powers, president of the Northwest Horticultural Council, which represents the region's tree fruit industry in public policy issues, last week discussed several key issues with the Trump administration in Washington DC, including the US trade dispute with India.

"Frankly, we didn't hear any rays of optimism on that front," he said.

President Trump is scheduled to meet Prime Minister Narendra Modi on the sidelines of the G20 summit in Osaka, Japan next week.

Once the dominant variety, most 'Red Delicious' apples now are exported. They made up 90 per cent of the apples shipped to India last year, Powers said.

China, which has a large population, could have been another destination, had it not been involved in a trade war with the US, too, he said.

If the industry is not able to find alternative export markets, those apples could end up in the domestic market and depress prices for all growers, Powers said.

"When you lose a reliable and an established market, it's very hard to force that product to other markets," he added.

The Washington state apple industry began shipping to India in 1999. Still, India maintained a high tariff rate 50 per cent for any World Trade Organization member that ships apples to the country.

The tariff on US apples now provides an opportunity for other apple-producing countries, including New Zealand and Chile, the report said.

Even the prospect of a tariff had hurt Washington apple exports to the India market this year, she said, adding that it caused "some waves in the market".