It came as a shock: US employers added just 74,000 jobs in December, far fewer than anyone expected. This from an economy that had been adding nearly three times as many for four straight months - a key reason the Federal Reserve decided last month to slow its economic stimulus. 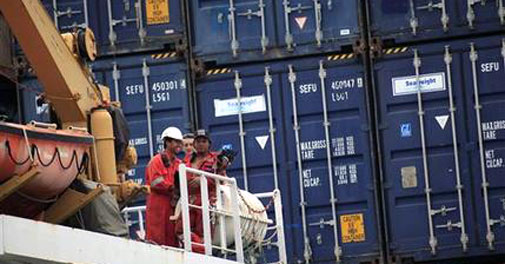 It came as a shock: US employers added just 74,000 jobs in December, far fewer than anyone expected. This from an economy that had been adding nearly three times as many for four straight months - a key reason the Federal Reserve decided last month to slow its economic stimulus.

So what happened in December? Economists struggled for explanations: Unusually cold weather. A statistical quirk. A temporary halt in steady job growth.

Blurring the picture, a wave of Americans stopped looking for work, meaning they were no longer counted as unemployed. Their exodus cut the unemployment rate from 7 percent to 6.7 percent - its lowest point in more than five years.

Friday's weak report from the Labor Department was particularly surprising because it followed a flurry of data that had pointed to a robust economy: U.S. companies are selling record levels of goods overseas. Americans are spending more on big purchases like cars and appliances. Layoffs have dwindled. Consumer confidence is up and debt levels are down. Builders broke ground in November on the most new homes in five years.

"The disappointing jobs report flies in the face of most recent economic data, which are pointing to a pretty strong fourth quarter," said Sal Guatieri, an economist at BMO Capital Markets.

It's unclear whether the sharp hiring slowdown might lead the Federal Reserve to rethink its plan to slow its stimulus efforts. The Fed decided last month to pare its monthly bond purchases, which have been designed to lower interest rates to spur borrowing and spending.

Janet Yellen, who will take over as Fed chairman next month, "is probably scratching her head looking at the report," said Sun Wong Sohn, an economics professor at the University of California's Smith Business School.

Certainly many economists were. Some predicted that the job gain would be revised up in the coming months. The government adjusts each month's jobs figure in the following two months as more companies respond to its survey.

Few analysts saw the sharp slowdown as the beginning of a much weaker trend.

"There is a good possibility this is just a one-shot deal that could either get revised away or made up for in next month's release," Scott Anderson, chief economist at Bank of the West, said in a note to clients.

Cold weather affected the report in several ways. Construction companies, which stop work during bad weather, cut 16,000 jobs, the most in 20 months. And the average workweek dipped as more people worked part time. An unusually large number of people missed work in December because of the weather, the government's surveys found.

Michael Hanson, an economist at Bank of America Merrill Lynch, estimated that all told, the cold weather lowered hiring by about 75,000 jobs.

Several economists also highlighted statistical quirks in the report that they say are unlikely to be repeated. Mark Vitner of Wells Fargo noted that several industries reported unusually steep job losses. Accounting and bookkeeping services, for example, lost 24,700 jobs, the most in nearly 11 years.

"We should expect to see at least one fluky employment report each year," Vitner said. "December's ... was likely that report."

Perhaps as surprising as last month's weak job growth was the flood of people - 347,000 - who stopped looking for jobs. The proportion of people either working or looking for work fell to 62.8 percent, matching a nearly 36-year low.

Last month's expiration of extended benefits for 1.3 million long-term unemployed could accelerate that trend if many of them stop looking for work. Beneficiaries are required to look for work to receive unemployment checks. The likely increase in people who no longer are looking for work could cause the unemployment rate to fall by up to a quarter-percentage point early this year, economists say.

The Obama administration and Democrats in Congress are pushing to extend the benefits for three more months. It's unclear if they will succeed.

For all the fluctuations in monthly job growth, hiring has been strikingly stable for three years: Employers added 2.2 million jobs in 2013 and 2012, up slightly from 2.1 million in 2011.

Kenandy Inc., a developer of business software, expects to double its nearly 100-person staff this year after doubling it in 2013. CEO Sandra Kurtzig says the company is looking for software developers, salespeople and marketing and finance staff.

"The economy is doing better from what we can see," Kurtzig said. "There's a lot of things that are playing to our advantage."

Analysts estimate that the economy expanded at a healthy annual rate of 3 percent to 3.5 percent in the October-December quarter. That's up from earlier forecasts of a 2 percent rate or less. It would follow a strong 4.1 percent growth rate reported for the July-September quarter. (AP)