The World Economic Forum has released Global Risks Perception Survey (GRPS) on most pressing risks that the world is facing, including persistent inequality and unfairness, domestic and international political tensions, environmental dangers and cyber vulnerabilities. 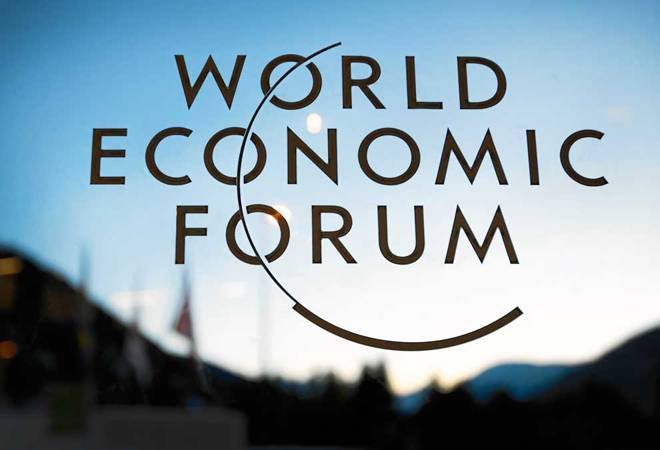 The World Economic Forum has released Global Risks Perception Survey (GRPS) on most pressing risks that the world is facing, including persistent inequality and unfairness, domestic and international political tensions, environmental dangers and cyber vulnerabilities. One of the most striking findings of this year's GRPS is the reduced prominence of economic risks. The latest results come at a time of improvement in the global economy, albeit a relatively modest one - the International Monetary Fund (IMF) expects global GDP growth of 3.6% for 2017, up from 3.2% in 2016.

Recovery is underway in all major economies, leading to a sharp improvement in sentiment, says the report. A majority of respondents said confrontation on economic and geopolitical front would worsen in years to come, and there's a greater chance of major powers going to war. On environment front, storms and other weather-related hazards are also a leading cause of displacement, with the latest data showing that 76% of the 31.1 million people displaced during 2016 were forced from homes as a result of weather-related events, says the report.

Referring to contentious issues between various nations, the WEF report says China's determination to press territorial and maritime claims and its extension of the Belt and Road Initiative (BRI) have triggered responses among neighbouring powers, with Japan and India exploring more structured forms of strategic cooperation in both economic and military affairs.

"This initiative could become more significant if additional partners -- such as Australia, the US, or even European states -- were to take part. However, most of these countries are currently cautious and would be wary of allowing such a hedging policy to cause tensions with China," it said.
However, the biggest risks in South Asia overall would be in areas like employment, governance and infrastructure, as per the survey that would be discussed in detail next week at Geneva-based WEF's annual summit, to be attended by 70 heads of states/governments including Indian Prime Minister Narendra Modi and US President Donald Trump. Globally, the environment-related risks top the charts, as per the survey of around 1,000 global leaders described by the WEF as members of its "multi-stakeholder communities".

The report, which found environmental risks to be dominating the Global Risk Perception Survey for the second year running, said a deteriorating geopolitical landscape is partly to blame for the pessimistic outlook in 2018. As per the survey, 93 per cent of respondents said they expect political or economic confrontations between major powers to worsen, while nearly 80 per cent expect an increase in risks associated with war involving major powers.
Overall, 59 per cent of the respondents pointed to increased level of risks this year, the WEF said while hoping that a positive economic outlook would give leaders the opportunity to tackle systemic fragility affecting societies, economies, international relations and the environment. Only 7 per cent saw the risks declining in 2018.

The report further said that amid geopolitical flux, national identity becomes a growing source of tension around contested borders, while clashes related to identity and community continue to drive political dislocations in many countries and are increasingly fuelling cross-border tensions. Talking about 'major power tensions', WEF said relations between the world's major powers are changing, "mostly for worse", while shifting relations between global and regional powers is creating increased uncertainty for smaller states.

Listing examples, it referred to Bhutan last year finding itself "at the centre of a stand-off between India and China". It also talked about some countries planning to extend and deepen networks of economic corridors and spurring huge infrastructure investments, while naming China's BRI as the most ambitious one. Besides, it referred to China Pakistan Economic Corridor (CPEC); Bangladesh-China-India-Myanmar Economic Corridor (BCIM-EC); International North-South Transport Corridor (INSTC), which links India, Iran and Russia; and Asia-Africa Growth Corridor (AAGC), a joint initiative by India and Japan.

The report further said one potential trigger for disruption related to economic corridors might be push-back from a country that feels its sovereignty is being undermined and gave the example of the economic corridors crossing contested territory including of the CPEC running through Gilgit-Baltistan. The study highlighted numerous areas where systems are being pushed to the brink -- from extinction-level rates of biodiversity loss to mounting concerns about the possibility of new wars.

"A widening economic recovery presents us with an opportunity that we cannot afford to squander, to tackle the fractures that we have allowed to weaken the world's institutions, societies and environment. We must take seriously the risk of a global systems breakdown," WEF Founder and Executive Chairman Klaus Schwab said. Economic risks feature less prominently this year but there are worries that the improvement in global GDP growth rates may lead to complacency about persistent structural risks in the global economic and financial systems.

The WEF, which describes itself as an international organisation for public-private cooperation and hosts over 3,000 world leaders from politics, business and civil society every year in Swiss ski resort town Davos for an annual talkfest, said structural and interconnected nature of risks in 2018 threaten the very system on which societies, economies and international relations are based.

Prime Minister Narendra Modi will soon head to the World Economic Forum at Davos, Switzerland, with an aim to spell out the country's agenda as a 'new, young and innovative India'. The Prime Minister will also talk about 'cooperative federalism in India' in the 48th WEF apart from urging world powers to unite against terrorism, cyber threat and economic imbalances, and corner the nations harbouring terrorists and spreading their expansionist agenda.