"The monsoon deficit has come down. As per the Met Department, monsoon rains are good so far and is likely to be good in the coming days," Agriculture Minister Radha Mohan Singh  told reporters. 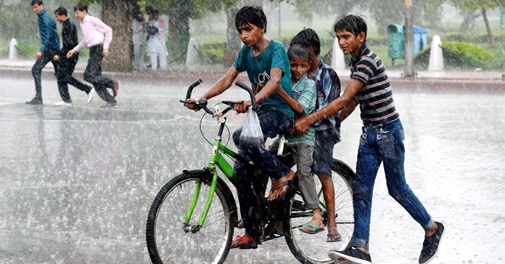 Deficit in monsoon rains has come down and good rainfall is expected in the coming days that will help complete sowing operations, Agriculture Minister Radha Mohan Singh said on Monday.

He also said that no state government has declared drought yet. However, the Centre is prepared to help those states which seek any help for drought-hit areas.

As per the Met Department, the overall rainfall deficit has come down to 25 per cent till July 23.

"The monsoon deficit has come down. As per the Met Department, monsoon rains are good so far and is likely to be good in the coming days," Singh told reporters.

Asked if there is drought concern in some parts of the country, he said, "We give assistance to states only when they declare drought. So far, no state governments have written to us that they have declared drought in a particular region."

"We are ready to help them. Even states have separate funds to utilise for this purpose," he said, adding that the Centre is in regular touch with state governments.

On rising prices of tomato that have touched Rs 80 per kg in the national capital, the minister said, "The supply is sufficient. Production in 2013-14 was two per cent higher than the previous year."

The revival of monsoon in northern and central parts of country has given a push to the sowing operations.

As per the official data, the total acreage covered under kharif crops like paddy remained lower by just about 27 per cent at 53.32 million hectares till last week, as against 72.91 million hectares in the year ago.

Sowing of kharif crop begins with the onset of southwest monsoon in June.