India's coolest start-ups: How we ranked them

Our selection process this year was very different from that of previous years. This year, we opened up the process - any start-up incorporated since January 2010 could apply through an online application form we put up on our website. 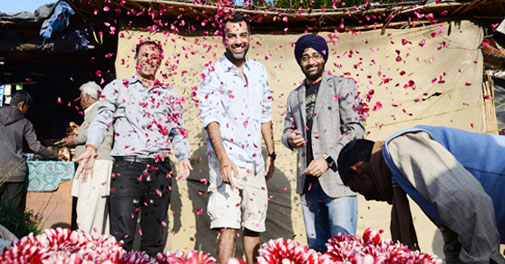 NowFloats founders (From left) Nitin Jain, Neeraj Sabharwal and Jasminder Singh Gulati , who featured in the list of the jury.

Our selection process this year was very different from that of previous years. ('Coolest Start-ups' has been a regular annual feature of Business Today since 2007.) Till last year, recommendations came from the editorial team, after which the editors shortlisted and finally chose the ones to be featured. This year, we opened up the process - any start-up incorporated since January 2010 could apply through an online application form we put up on our website. Some 96 companies applied. Thereafter we had the eminent jury named above do the choosing. (In addition, names were suggested by the jury members, while some more, as in previous years, came from the newsroom.)

The jury met on February 19 to shortlist the companies we would profile.  Bhatnagar and Srivastava arrived at the India Today Mediaplex in Noida and were joined via video conference by Anand (from Chennai), and Sharma and Prakash (from Bangalore).

The jury debated all the applications threadbare. Individual jury members recused themselves from voting on companies they were involved with or had ever been in the past. Accel, for instance, is an investor in BEBB India and Teaxpress, two companies the jury ended up picking. However, Prashanth Prakash refrained from voting for either of these companies. Similarly, Sequoia Capital has funded Citrus Payment Solutions, another company the jury liked - Mohit Bhatnagar did not vote on it.

In all, the jury thought 16 start-ups qualified as this year's "coolest" -an interesting mix spanning diverse sectors such as technology, e-commerce, entertainment, logistics, toys and gaming, among others.