AI: A Job Killer or Creator? If you look at the history of technology, almost every major technology, when it entered the market, was accompanied by a concern that it was killing jobs, but it created way more jobs than it destroyed. This certainly is true for industrialisation. When the industrial revolution came about, a lot of workers were replaced by machines that could help at manufacturing plants.

But a look at the history of technology shows that it created more jobs than it killed. So that is the context against which we have to answer whether artificial intelligence (AI) will kill or create jobs. The easy answer would have been that every technology has created jobs and so this too will. But the real reason one has to pause for thought is that AI is unlike any other technology we have ever had in terms of its sheer ability to replicate a lot of human skills and cognitive processes and so on.

If you look at what AI can do, we are talking about a system that can replace human mechanical as well as cognitive functions really well. And, therefore, its ability to kill jobs is unprecedented.

It is not as simple as automation on the factory floor. We are not talking about simple mechanical blue-collar jobs but about white-collar jobs as well. That is what makes one pause. Now, within that, we have to ask where AI stands today as if you are talking of five years from now. However, this application programme also has myriad limitations.

AI currently can do very rote, mechanical and manual kinds of tasks. It cannot write a narrative fiction piece but it can write about a sports event that just happened or an earnings report of a company. This is not highly creative but reporting of facts in a certain style that is programmatic and thus easy for algorithms to replicate.

AI only gets to do certain kinds of tasks and it will no doubt be a threat to routine mechanical jobs and even beyond, for example, call centres. Can you have a system where AI can address 80 per cent of the queries people have when they dial a call centre? When that happens, do you really need these call centres anywhere? And then, those jobs go away.

Another area where AI is going to be really impactful is cab aggregators. The only way for cab services to be profitable is to get rid of drivers. The drivers are a means to an end and that end is a driverless world. There is a historical precedent of tech-enabled jobs, but we can't go by that antecedent here. 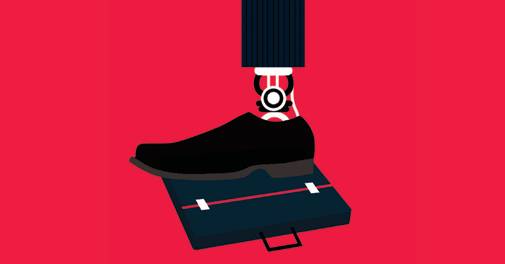 AI's ability is vastly exaggerated today. There are a lot of challenges ahead with it. While none of that will happen now, it can occur in the next 15 or 50 years. Meanwhile, in the immediate future, we will see job losses in the next five years because of AI but we will also see job creation because of it. On a net basis, however, it will be a loss. Job creation by AI will be in the field of data science on the technical engineering front.

The reason why there is a lot of interest in data science is partly its ability to extract knowledge and insights from data and partly because it is traditional analytics where people analyse data. But it is essentially going to be enabling jobs around creating machine learning algorithms. Again, how many people are going to write the algorithms for driverless cars versus how many drivers will disappear?

You can't even compare the two. It will be thousands of jobs created versus millions of jobs lost. That's one area of AI's application.

Another area where it could create jobs in is opening new markets for AI or any other technology. New technology creates completely new markets that could not have existed before, for instance, automation created the airline and the transportation industry.

Where it gets interesting is that AI can create a massive new industry which will not happen in five years from now but in the next 50 years.

AI offers tremendous opportunities for automation and digital transformation in several fields, for instance, in drug discovery, transformation of the healthcare sector, if it can create completely new things in these spaces. Around 100 or 200 years back, nobody predicted that the airline industry will staff so many people.

In terms of using AI, India lags far behind China and the US. There are interesting differences. Where India is a country that is more social and less algorithm and device-driven, the US is efficiency and productivity-driven and not as much interaction-driven.

In the US, you can make a sale through video conferencing because it saves your time (productivity-driven approach) but in India, you have to be physically present to close a sale (socially-driven approach). Thus, I don't think India will be the first adopter of AI and its innovations. AI is not a market where India will leapfrog and jump ahead as a consumer. Rather it will be a late adopter of this application programme.

However, there are a lot of areas where India is leapfrogging, wireless being one such space. Although India lags other countries when it comes to adopting AI skills, it still holds great potential. There aren't many trained data scientists and machine learning professionals in India as against those in China and the US. But the promise certainly exists. Given the way India created software engineers at a large scale, it could do the same with data scientists as well.

Why I think it hasn't happened so far is because the educational institutions haven't updated their curriculum and have been stuck with the old syllabi, not moving fast enough. This is the biggest factor behind India's inability to create data scientists and machine learning professionals.

Even two years back the industry was not looking to hire data scientists. However, it will be industry that will be the first adopter of AI, and not consumers. Data scientists will be required in the manufacturing or services sector, especially in the customer support department.

India is not a global hub of manufacturing but is an important one for the services sector. That's where AI will have an impact. It will not happen overnight but over a period of time.

At present, many companies are not growing their customer support systems and are using AI selectively for some of their newer needs. But it (AI) will start eating into what the human customer support centre is doing, leading to its size being pruned in the future. And Indian companies will adopt this application programme before long.

(As told to Business Today)

Kartik Hosanagar is professor of technology, digital business and marketing at Wharton School