For jobs within the government, relevance must take precedence over size and quantity
Bibek Debroy   New Delhi     Print Edition: February 9, 2020 Often, when you have discussions on reforms, there is an impression that a lot of people work within the government system, and there is a need to downscale. When someone talks like this, the person is unnecessarily fixated on the Union government as most of such discussions are on issues related to central government jobs, lateral inductions in All India Services, etc. One should hence be clear about what do you mean by government as an employer before looking at the future of government as a workplace.

Coming to the size of employment, if I include Union government, state governments and PSUs, I will have a back of the envelope figure of something like 20 million jobs in the government sector. In an extended sense, including quasi government bodies like universities and all, this could rise to 45 million, roughly. This number, given the countrys' workforce of, say, 480 million, is not very significant. In fact, if you look at the number of people who work for the government in other countries, the percentage would be higher, except that people who work for the governments there do different things. Hence, it is not the overall size of government employment, which will never be significant in a country like India, but the composition of jobs within that matters. Over a period of time, what should happen is that government jobs at the level of local bodies should expand. And if you expect the government to reinvent itself in that fashion, many Union and state level ministries and departments, PSUs and the jobs they offer today, will become irrelevant in future.

What is a PSU? A large number of PSUs are actually sick private sector entities that were nationalised in the 1960s and the 1970s. One tends to think that in government and PSUs, employment is linear; it is not. It has been bunching together of jobs. What that means is that we have a lot of people who are in the 50-55 years age group and serving in government jobs today.

Also, when we are talking about PSUs, we are talking about primarily the urban sector. How many urban households do we have in India? About 80 million? And how many government jobs are we talking about? About 45 million? This means that a disproportionately large number of urban households actually earn their living from the government. And the employees are no longer young. They are used to a world of job certainty. That is the reason why there is this resistance to change. Obviously, PSUs that are loss-making will have to be closed down. It is just a question of time. You cannot continuously bail them out with subsidies from the public exchequer, and why should you? We are in a world where there is greater uncertainty. You work for X today, for Y tomorrow. A large part of the insecurity that one witnesses is insecurity on the part of people who are not used to such uncertainties. Additionally, in this rapidly changing world, where technology is also changing, there will be need for newer and newer skills. So, one needs to constantly learn new skills. As in any reform process, there will be gainers and losers. The existing employees will probably lose, but posterity gains.

The All India Services, in the current structure and system, may have served a historical purpose, but do not seem to be working in this rapidly changing world. One needs to devise a system where the All India Services are reformed in such a way that everyone rises up to a certain age, say, 40 or 45, and thereafter, if you are not suited for further rise, you exit.

We also need to introduce better productivity and efficiency norms instead of the current mechanical performance appraisal systems. It will also help in deciding the emoluments. To understand how much you are worth, you need to have some idea of what your productivity is at an individual level. In the government system today, it is impossible to pin down responsibility and productivity at the individual level as it is valued collectively. The thought to make such changes has been there since the 5th Pay Commission. All Administrative Reforms Commission Reports talks about it, but the trouble is that nothing much has been done in terms of implementation. We are just talking about the Union government, though similar issues cut across every tier of the government. 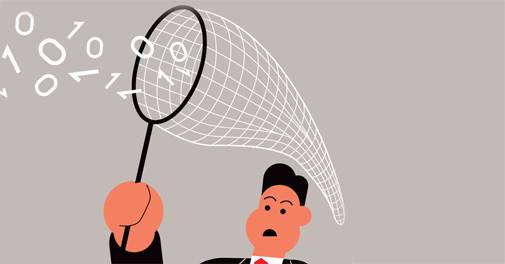 Structure for the Future

The general risk aversion, that almost every public servant has, is also a hindrance. Being averse to risk means lack of innovation; people will not try to do new things. The historical reason for that was the Prevention of Corruption Act. Though this has changed a little bit, but risk aversion has automatically been built into the system.

Need to Use Technology

Adoption of technology can also be disruptive, and I am not talking about just government, as it can lead to loss of some jobs in some sectors. At the same time, jobs would be created elsewhere. We must also remember that technology tends to be capital intensive and we are a labour abundant country. Any choice has to be determined on the basis of the price of the capital and the price of labour. Capital will never be used in India the way it is used in a developed country. There will always be that difference. Sometimes it will be cheaper for us to use labour.

Technology is already being used quite extensively, depending on what you mean by technology. Think of how mobile phones are being used, even for delivery of financial products. It is a different point to say that much more should happen. But technology is certainly a tool provided I want to use it. Take for example, the standard practice in government of everyone being in office by 9:30 am and be there till 5:30 or 6 pm. Earlier, one had to sign in; today, bio-metric cards are used. What difference does this make to productivity? Instead, technology should have been used to ensure that whether I am in office or not, I should be doing what I am supposed to do. For that to happen, we need a fundamental change in the way we look at governance. Until that happens, the use of technology will always be somewhat limited.

One area where technology can be used much more, and we have seen the beginnings of it, is in collection of data. In the government - and I am not talking just about macro data - much of the data is collected through old fashioned systems. We have to adopt better ways of collecting data and processing it; not just macro, but other things as well, such as health, education, etc. The trouble, of course, is that the moment the government uses data, it has to be equally good for all states and UTs and it has to be data that can be vetted and validated. Because the moment the government uses it, there is a certain stamp to it. That is, in fact, part of the problem with using data generated and produced by private entities. But the point remains that data is an area where there can be much use of technology in the coming days.

(As told to Business Today)