Social, emotional and ethical capacities may turn out to be more important than the intellectual capacities
Anurag Behar   New Delhi     Print Edition: February 9, 2020 For many years, I was responsible for a high-precision manufacturing business. Soon after I moved to that role, I felt that either our Japanese competitor was cheating or had some secret source of competitiveness that blew away everything else, including our much lower labour costs.

We soon figured out what we should have known - competitiveness springs from outthinking others continually, not outsourcing thinking, or fleeting things like labour cost. This 'outthinking' was present not only in formulating strategy but at all levels, in every visible and hidden detail. Also, it was not about one day of good thinking, it was a culture of thinking. Such a culture of thinking demands that everyone - from the designer to the machine operator - think deeply and continually. This was what our Japanese competitor was good at.

Let's take an example. Our welders were no less skilled than the Japanese. The issue went beyond skill. Did they understand geometry and use it? Could they figure out how metal parts would expand differentially and why? Could they use different mix of gases for heating? Could they observe and try to improve with creativity, continually. All this was not related to their skill as a welder but was a matter of their knowledge, of thinking critically, of synthesising and problem solving consistently.

The skill of welding was important, but even more important were the more fundamental intellectual capacities, including knowledge in related areas. This distinction is critical when we consider the matter of education and preparing people for a life of work. The word 'skill', we know intuitively, refers to something that becomes almost autonomic. Something relatively more superficial, not involving reflection, consideration and thoughtful judgement. Whereas the word 'capacity' goes deeper and broader.

Let us take another example. Ask school children in Grade V to multiply or divide two three-digit numbers. Many of them will be able to do this. Then you ask them to explain what is actually going on when you multiply or divide. Few will be able to demonstrate a conceptual grasp of multiplication and division. The school has developed their procedural skills of arithmetic but has not developed their capacity to think mathematically.

The word 'skill' has been overused and overextended. It is both a reflection and cause of the narrowing of our imagination about what is required for good work. This has resulted in stunting of imagination on education's role in preparing people to become economically productive and independent for work and livelihoods. To ensure that we are accounting for the full and real role of education in preparing us for the future of work - let us talk of 'capacities', and not 'skills', that education must develop. This is the first key point on this matter. 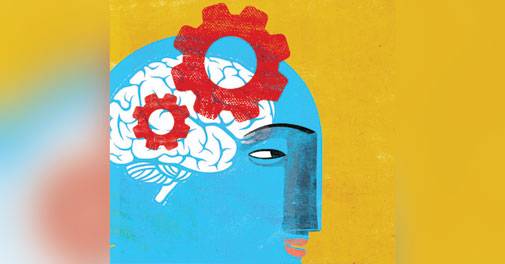 The example of welding is a very last century example. Most welding is now getting automated. In the current reality, the welders who had fundamental intellectual capacities can learn some other skill, and are likelier to find another job. But those welders who were merely 'skilled' welders, however good they were, are going to find it much harder to find another occupation.

Such a requirement, to change occupations or kinds of jobs, is not an exception anymore. It is the norm. We know that the nature of work and economic opportunities is changing rapidly, and this may only accelerate in the future. This phenomenon is driven by technology, by global restructuring of the economy, by changing nature of demands, and socio-political forces, including unprecedented things such as climate change.

Like 'skill', let us not overextend 'capacities'. There are things that 'capacities' does not adequately capture. Empathy, compassion, courage, tenacity and integrity are better called traits and dispositions. The fundamental human capacities cannot operate effectively in a sustained manner without these related traits and dispositions. This is the third key point on this matter.

Education must aim to develop these fundamental human capacities along with associated dispositions and traits for our young to be prepared for the future, including the future of work.

We are very distant from such an education system. But unless we have clarity on what we must have, we will not get there. Let us list some of the things that are often talked about as solutions or paths to improve our education, which certainly will not get us there, in fact may derail us altogether. A focus on basic literacy and numeracy is essential but completely insufficient. Vocational education is useful, but it must be on the foundation of development of fundamental human capacities and traits. Use of technology in education, market-based solutions and dependence on private investment will only dig a deeper hole for education.

So, what kind of education can get us there? The draft National Education Policy 2019 (NEP) has an excellent road map for this. In its essence, it calls for vibrant liberal education from school to university which will develop the fundamental capacities and traits of each student. It details the multiple fronts of actions that are required to make this happen. For example, empowerment of teachers and transformation of teacher education, curricular restructuring of schools, changes in examinations, autonomy of institutions and transformation of the regulatory regime. It is unequivocal that all this will require equitable high-quality public education for all - requiring expa- nsion and improvement of the public education |system.

None of this easy. There are no short cuts or silver bullets. But then, is it not inevitable, when we are talking about the future of work and of humanity? It may sound rhetorical, but the best way of dealing with the future and the future of work is to try and develop good human beings - 'good' on all dimensions, particularly those that make us the relatively unique sentient social species that we are.