A pyramid denotes age, experience-led hierarchy, timed progression and thus a degree of inertia and age-led journey to the top. We need to challenge that
CP Gurnani | Print Edition: February 9, 2020 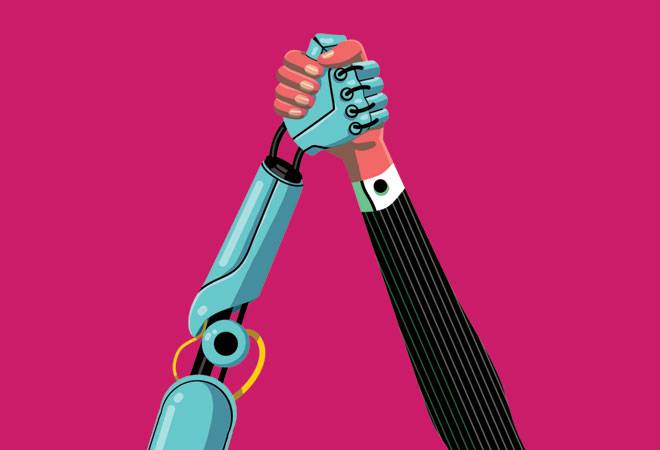 With continuous change at its core, the IT industry itself has morphed into a digital transformation industry, which is nothing short of a tectonic shift in the very DNA of the ecosystem. Unlike the industrial revolution, which created fixed structures in an organisation, the structures in the IT industry - or what is now the evolving digital industry - are dynamic amidst a constantly changing market landscape.

The traditional organisation structures in the IT industry have been bottom-heavy, and lean at the top. But with digitisation, the people pyramid within the IT sector is undergoing a transition. The change in an organisational structure or an individual's career is commensurate to the value they can add to any business or task, but most importantly the outcome and connected experience it delivers to the users. The ability of the organisation to spot these 'power performance mines' enables it to transform such resources into valuable business assets.

With increased pressure on companies to improve margins, the people pyramid in the IT industry is witnessing a huge churn, and I must say that the overhaul, which does have its set of challenges, is an opportunity to reshape, reinvent and disrupt for a digital, sustainable future.

The future is 'more human' than we think. As technologies like Artificial Intelligence (AI), machine learning and automation become mainstream, we are witnessing the rise of bots that are transforming future workplaces and taking over mundane tasks from humans. The division of labour between humans, machine and AI is shifting quickly and according to the Future of Jobs report by World Economic Forum (WEF), by 2025, it is expected to shift to 48 per cent human, and 52 per cent machine or algorithm. Yet, the experiences of tomorrow will be powered by a blend of robotic efficiency and human empathy. Yes, machines are indeed coming and companies that succeed in the future will be the ones that treat them as an ally and not an enemy.

Amidst this interesting co-existence between humans and cobots, the IT industry has witnessed a spike in demand for people with niche skillsets - soft skills, creativity, imagination and analytical capabilities. There has been a shift from STEM (Science, Technology, Engineering and Math) to STEAM skills (Science, Technology, Engineering, Arts and Math), to Liberal Arts and to lateral or design human thinking for problem solving. A new wave of 'superjobs' have in fact emerged that require high cognitive intelligence and problem-solving skills. This underscores the point that there will be new opportunities. The question is whether our ecosystem is ready to adapt to the changing demand environment. This is where all stakeholders - industry, academia and policymakers - have a critical role to play in collaboration and building a sustainable, inclusive workforce.

To succeed in a globalised world and create a niche in a highly competitive landscape, businesses require speed, scale, innovation, and talent. This has resulted in a strong and collective focus in the industry to revamp people strategies to support future business growth objectives. This perhaps explains the intense race for qualitative talent acquisition.

According to Nasscom, by 2022, about 54 per cent of employees will need significant re-skilling and upskilling, which is why more and more organisations are willing to nurture in-house talent and make them ready for future roles. While organisations are looking at traditional ways of hiring fresh talent from universities, niche training programmes and recruitment consultants, they are also taking initiatives to bridge the talent gap. By offering a mix of onsite, online, on-the-job, and on-campus learning opportunities, organisations are investing in personalised models of learning that focus on integrating learning with work.

Rise of the Gig Economy

An interesting trait among people working in a gig economy is that they are very 'purpose-driven' and are seeking meaningful work opportunities that allow them to best leverage their skills.

Organisations are also willing to experiment with flexi hiring models to meet various short-term requirements without actually increasing the headcount. According to the Indian Staffing Federation (ISF), the IT sector reported nearly 500,000 flexi staff at the end of December 2018. That is expected to increase 44 per cent by 2021, driven by increasing demand for digital technology skills, a waning bench, and cost-efficiency mandate. With traditional skills becoming obsolete in the digital age, flexi-hiring is a great tool for companies to hire people with niche skills.

The workforce in a gig economy is also open to exploring 'work-from-home' opportunities while seeking new jobs as per their calibre, thus pushing the case for 'remote working' and 'seamless offices', riding the power of technologies like 5G and the networks of the future. Recent technology innovations are further facilitating seamless information exchange between workers based out of remote locations.

While the gig economy seems like an organic phenomenon, it will need the attention of policy makers to ensure an enabling framework and labour laws that allow it to thrive. Also, companies will have to re-evaluate their current practices to accommodate gig workers. For example, non-compete and non-solicit agreements will have to be reassessed for applicability.

Low attrition levels, better productivity and high motivation among candidates from different cultural backgrounds and abilities, has enabled new-age companies to hire candidates of diverse backgrounds. They are also adept at handling difficult situations and make for wonderful resourced assets. It will be interesting to mention here how one of our young autistic intern at Tech Mahindra's research and development arm, Makers' Lab, was able to create a game in four weeks when most gaming professionals took months to create it.

It is in the interest of business growth to be diverse and inclusive, and technology enables us to be more culturally aware and connected to tap into the diverse talent reservoirs across the breadth and depth of humanity. Future businesses will have people from different generations, backgrounds, cultures, and styles working alongside each other. Developing a strong understanding of the behaviours of this multi-generational workforce will be essential to build an efficient and inclusive workplace.

There is a desirable shift in focus from a Waterfall model to a DevOps model; simply put, creating a single view and tapping into the collective energy of all stakeholders, while doing away with the linear sequential model of accomplishing tasks.

A pyramid denotes age, experience-led hierarchy, timed progression and thus a degree of inertia and an age-led journey to the top. We need to challenge that to ensure that 'command and control based structures' are replaced with 'collaboration based structures'. People's pyramid is dynamic. The sooner an organisation accepts this and works to channelise its power, the better it will be. It will not only survive but also grow faster. The industry needs to spot talent that can deal with the current challenges and demonstrate the ability to spot opportunities with new models to serve them. The idea is not to make anyone in the pyramid redundant, but to energise all elements to achieve better and sustainable business outcomes.

Eventually, the process will accelerate with the growing competition that is fighting in an economy, offering thin margins, but huge volumes of business. The success will depend on the ability of the IT industry to collaborate with stakeholders to improve life on earth and space.

The world economy is at an interesting crossroad. The IT industry just cannot afford to sit on the models and disruptions it once created. Regardless of the disruption that a change in people pyramid brings in, it is a fact that this change will eventually determine the 'sustainable profit' a company can generate in challenging economic scenarios, while shaping the new digital world order.