ICICI Bank, which has always been at the forefront of change, is on an HR transformation exercise to handle the digital revolution. 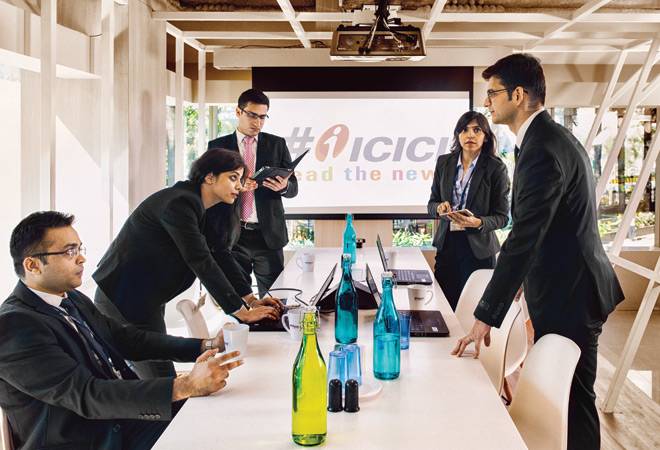 A few months ago, Chanda Kochhar, Managing Director and Chief Executive Officer of ICICI Bank, visited one of the branches in the coastal district of Odisha. The Balasore branch is more than 200 km away from Bhubaneswar and Kolkata airports. However, the 56-year-old Kochhar paid a 'virtual' visit while sitting at the bank's headquarters in Mumbai's Bandra-Kurla Complex. She had a long chat with the employees, enquiring about their well-being, business and customers. The e-visits are designed to connect with branches in far-flung areas, especially as the bank has many well-performing branches in remote areas. Balasore, for instance, has huge business potential in agriculture, fishing and tourism. Then there are several well-known companies in the area, including Birla Tyres, Balasore Alloys and North Eastern Electricity Supply Company of Odisha, or NESCO. Kochhar often makes these e-visits to boost the morale of branch employees and also to ensure better productivity and efficiency of the senior management team.

That ICICI Bank is aggressively embracing disruptive technology is not new. From setting up ATM networks to reimagining retail business in the 1990s and the 2000s, the private sector Goliath has adapted to change by marrying technology with its people. A year ago, the organisation kicked off a large initiative called '#ICICI lead the new' to capture the massive changes technology is bringing in life and also in the way banking used to be done.

"Our consumers are getting more digital, more mobile and younger. As a bank, we have to be relevant and seamlessly integrate with their digital life. The only way we can do it is by preparing our employees and also adopting that mindset. In a way, it is not a big challenge as our workforce is also getting younger," says Kochhar (unlike many public sector banks, the average age of ICICI employees is just 30 years). 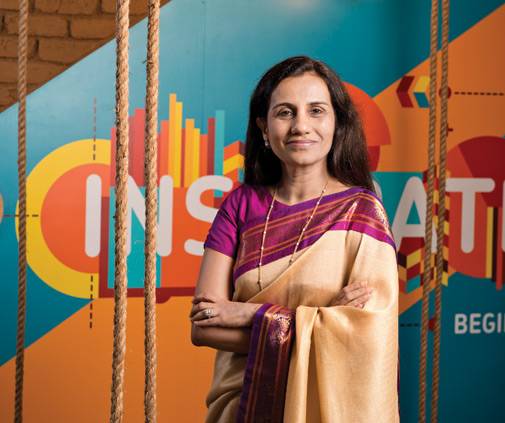 While technology enthuses its young and dynamic workforce, there is something more. "Today's youngsters want engagement," emphasises T.K. Srirang, Head of Human Resources at ICICI Bank. The traditional banks are gradually realising that the age-old hierarchy-based structures are not necessarily the most effective way to deal with people or do business. "The market today is all about speed and agility, and how quickly you can respond to a changing requirement," the HR head believes.

The heady cocktail of mass-scale digitisation, a young workforce and an upwardly mobile customer base are transforming the entire banking model. Therefore, changes are required at the organisational level to manage and deliver banking services. Like they say, the simpler the systems and processes, the lesser the complications. The bank has started its journey of making things simpler for its employees, which is also helping its customers.

Here is an example. A year ago, all directors were given certain key projects where the bank wanted to reduce turnaround time across various transactions. Sixty-plus projects were picked up for this purpose. Of course, a bank of its size has systems and processes built over the years to run it in a certain manner. And it is true for other banks as well. But ICICI Bank is probably acting faster to be ahead of the curve. "The idea is to relook at the (existing) system and evaluate if it is still required," explains Srirang.

The need to change and act fast rises on many occasions. For instance, customers often want to convert resident savings accounts into non-resident ones when they shift base and go abroad. Earlier it used to take a lot of time as a customer had to send the right set of documents through an international courier. Many a time, he/she did not send the right set of documents at one go, causing delays. But the entire process has been digitised now, and customers can easily upload the documents via Internet banking. As a result, the conversion time has been reduced to almost one-tenth of what it used to be at the start of the project. "More projects are under way to reduce turnaround time drastically," says Srirang.

Many blame technology for reducing the human touch, but ICICI Bank has used it well to open new channels for reaching out to people. Much like the successful e-visit to Balasore, Kochhar communicates with all 83,300 employees by way of a new technology that combines webcast and videoconferencing (VC). It enables a two-way communication where employees get a chance to have a live chat with her. Kochhar holds this kind of meeting once in three months to discuss key issues. According to insiders, these interactive sessions may go on for two hours or so. "The idea is to improve the whole process of connecting," according to Srirang.

The bank is also using the technology to provide financial performance updates to employees or explain how appraisals have been done. Plus, the senior management now gets instant employee feedback, which would have been extremely difficult in a hierarchical system.

"But we have physical interactions as well," adds Kochhar. She meets 30-40 employees on a regular basis even without any specific business agenda. "What technology does is to enable you to reach out to a large number of people."

The bank had used the VC-Webcast system during demonetisation as Kochhar reached out to employees and urged them to serve their customers better. In one such meeting, there were discussions on better crowd management at the branches. During those days, customers had to wait for hours to withdraw money, and many of them could not be serviced on the day they came due to insufficient funds or other reasons. Employees of a branch came up with the idea of a token system. Accordingly, coupons were handed out to customers not serviced so that they would get preference the next day.

Use of new technology, including artificial intelligence and machine learning, and revamped processes also pose a stiff challenge to the employees. The bank has been visiting engineering colleges over the past three years to hire tech talent. It is also investing in intense training to improve the skills and capabilities of its employees. "We are taking big initiatives in the design thinking space. We have to think of designing a product from a customer point of view," details Srirang.

ICICI Bank engaged ExperiencePoint in a series of design thinking workshops that were co-designed by IDEO, a global company that has designed and developed apps for iPhones and iPads and ExperiencePoint. "We aim to prepare people so that they can think about the best possible design, colour, user interface and so on," says Srirang but refuses to disclose more.

Analytics is another focus area where the bank is investing. Frontline managers trained in banking are also getting trained in analytical skills. The reason: Banks today have the largest source of data, but ICICI is not comfortable sharing it with fintech companies or developers. So, the best option is to build analytical skills within the workforce. ICICI runs a three-level programme for creating awareness regarding the use of data and its interpretation for better decision-making. "Every leader has the basic tools and skills to use data," affirms Srirang. 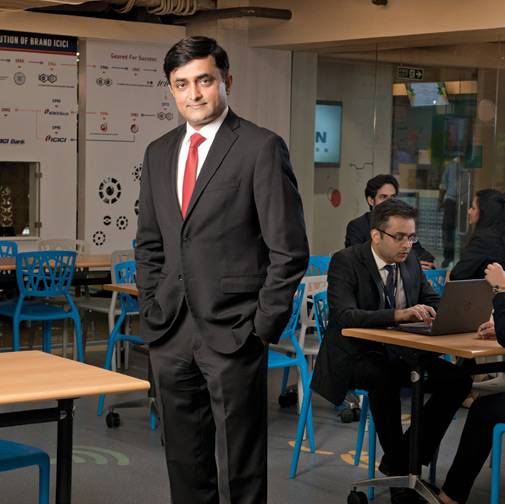 In spite of technology adaptation, Kochhar feels the banking business will remain people intensive as "it is a hugely growing business. Gradually, there will be some amount of change in skills, and technology will also add qualitatively to jobs. You require more data analytics skills, statisticians, knowledge of machine learning and so on."

It is not easy to anchor the 'change and reshape' culture that is driving the new-age bank, but Kochhar and the senior leadership team seem well-prepared and ready to handhold the rest. They attended a two-day programme conducted by Harvard University's Professor Ronald Heifetz, who talked about the transformation that companies need to go through. There are fundamentally two kinds of transformation. One is technical challenges and the other is behavioural, which is more difficult. "People normally do not change," observes Srirang. "Heifetz discussed how to handle the adaptable challenges."

Kochhar and her deputies also drive a core team that tracks tomorrow's winners - big projects and big ideas where the bank should invest today to stay ahead of competition or to add significant value to the brand. Their imprimatur is likely to keep it nimble enough to think on its feet, explore the positive side of change and enhance employee excellence through better engagement.

Announcing the Arrival of "Future at Work"