Consolidation of PSBS May Not End NPA Menace

Merging a weaker public sector bank with a stronger one may not necessarily improve the asset quality of the former.
Harshvardhan Bisht Print Edition: March 25, 2018 The Indian banking sector has become slightly fragile and marginal with the rising non-performing assets (NPAs) and decreasing credit base. The Indian government aims to create a banking system on a par with the top global systems - one that can assist global business dynamics and most importantly, one that is strong, competitive and reliable. In other words, an ideal banking system is one that enjoys depositors' trust and investors' reliance. To evolve into such a system will require improving conditions around weak corporate governance, poor assets quality, insider abuses, weak capital base, unprofitable operations and overdependence on public funds. 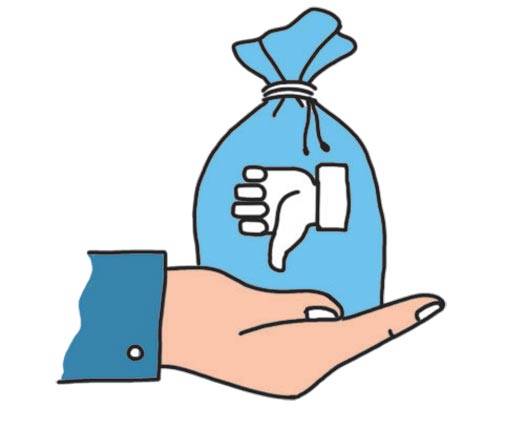 Against this backdrop, the consolidation of public sector banks, or PSBs, is being indicated as a future step by experts and governors of this field. In a country of about 1.3 billion people, there are about 21 PSBs, 21 private sector banks, 43 foreign banks, 31 state co-operative banks and 56 regional rural banks, according to the Reserve Bank India (RBI) website. Also, nine small finance banks and four payment banks have been launched to help expand technology-based banking and support mass banking. So, the consolidation measure could be a step towards making the Indian banking sector less crowded, removing concentration of banks in metros and ensuring diversified availability of financial services across the country.

The idea of bank consolidation was first discussed in the Narasimhan Committee Report in 1991, wherein the committee recommended the creation of a three-tier banking structure in India. In substance, however, there could be arguments for and against consolidation, which are summarised below.

Arguments against consolidation:
With the growth of private sector banking in India, mergers and acquisitions (M&As) in banking have taken root. After liberalisation in 1991, there have been about 19 takeovers in banking, and barring a couple, all of them were bailouts. In the current scenario, consolidation is considered due to three major reasons:

Capital erosion of PSBs: Most PSBs are far from meeting minimum capital requirements as their balance sheets are weighed down by NPAs, continuous losses, rise in provisions and stagnant credit growth. Although the PSBs and the government are taking a number of measures to improve these, consolidation of banks could help provide optimum balance sheet size for competitive advantage and could maintain a capital base to meet regulatory and growth needs. Some of the recent steps taken are mentioned below:

While these efforts are aimed at cleaning the existing balance sheets of PSBs, complying with the new Basel norms by 2018/19 and implementation of Indian Accounting Standards (IndAS) are also bothering the banks and the government.

Structured deployment of recapitalisation funds: Against the backdrop of stagnant credit growth and high provisioning for NPAs, there is no doubt that the PSBs largely depend on the government to meet core capital requirements. However, the government has limited funds, which should ideally be given to a limited number of banks to ensure a better return on investment (ROI) instead of supporting all 21 banks.

Creation of globally competitive banks Apart from developing a robust banking sector, India is yet to gain a presence among the top 10 global banks in terms of size and market capitalisation. Consolidation can ensure the size, allowing the entities to compete with global leaders and enjoy some of the global benefits.

India had escaped the global financial crisis unscathed. However, we either chose to ignore or failed to spot the domestic monster - NPAs. In 2016/17, the value of NPAs at the scheduled Indian commercial banks was worth over Rs 7 lakh crore, with approximately 90 per cent being accounted for by the PSBs. In the same year, the gross bank credit of all scheduled commercial banks in India was approximately Rs 70 lakh crore, indicating that almost 10 per cent of all the loans granted had turned bad for banks (KPMG in India analysis, 2017-18). While we were 'unmindful of the growing NPA problem', the monster was successful in creating a significant setback for the banking industry over the years.

Both RBI and the Ministry of Finance are in favour of consolidation of banks to create a balanced banking sector in terms of regional reach, geographical reach and financial stability. In fact, the sector has plans to consolidate the current 21 PSBs into 10-15 in the near future. But considering the bad loans scenario, especially at the big banks (they are the most likely 'buyers' in this debate of consolidation), the major question that arises is whether these big banks will be able to absorb their smaller peers. The recent merger of SBI associates led to approximately 60 per cent jump in gross NPA for SBI, thus resulting in significant reported losses.

Interestingly, the growth in NPAs is higher than the growth in loans and advances for almost all PSBs in 2016/17. Rising NPAs, mostly due to lack of governance and weaknesses in credit administration, is the major cause of this asymmetry. However, the stalled credit growth due to an overall business slowdown in the economy also has a significant role to play in creating this gap.

The first step towards consolidation is restoring the health of the banking system. Recent initiatives by the government, including recapitalisation and establishment of the Insolvency and Bankruptcy Code, 2016, are aimed at addressing the concerns of rising NPAs in PSBs. While the theme of 2016/17 in the banking sector was recognising bad loans, in 2017/18 the dominant theme is likely to be the resolution and recovery of the banking sector's health. The regulatory framework for M&As in the banking sector is laid down in the Banking Regulation Act, 1949 (BR Act), which provides for two types of amalgamations - voluntary and compulsory. The size of the NPAs will play a big role in defining the type of consolidations that may take place in the future.

Meanwhile, internal consolidation of PSBs in terms of rationalisation of branch/ATM network/administrative offices, disposal of non-core assets, withdrawal from unrelated/unprofitable lines of ancillary business and external consolidation with other PSBs having similar cultural/regional traits by way of pooling of IT infrastructure, credit-underwriting systems for large projects and human resources could be explored expeditiously. Such 'soft consolidations' will pave the way for 'hard' M&As in the PSB space in future.

Company and individual names mentioned in the article are based on publicly available information and should not be construed as testimonials or any kind of endorsement by KPMG in India.