ICICI Bank is not only engaging with fintech players but is also leveraging technology to nurture a culture of innovation. During a visit to the Indian Institute of Technology Delhi, an ICICI Bank team was introduced to the concept of a 'virtual desktop' by a few young engineers. The bank worked on the technology along with the engineers to facilitate a 'work for home' initiative for women employees. A unique facial recognition technology was designed to ensure that no one could impersonate a staffer and get access to the banks applications. This kind of in-house initiative and innovation reflects the bank's commitment to adopting technology. The bank already has tied up with 40 plus engineering colleges, including the IITs, to recruit tech-savvy talent every year. This is apart from the 'Appathon', 'Start up boot camp' and 'Fintech Valley Accelerator' programmes.

Chanda Kochhar, MD & CEO of ICICI Bank, says that with technology changing and becoming more and more open ended, it is imperative for banks to keep innovating in terms of products and services. "There will also be fintechs who will provide certain niche solutions. It's going to be a world of competition and collaboration," says Kochhar. In fact, banks and financial institutions can no longer afford to sit on the sidelines. "If they continue to do that, they will be truly disrupted," warns Gary Norcross, President & CEO of global technology giant FIS who created the core banking solution for Bandhan Bank.

Indeed, smart banks, like ICICI Bank, are ahead of the curve in adopting technology. In the Business Today-KPMG Best Bank Awards, ICICI Bank emerged as a winner in the Fintech Engagement category.

The bank, which first popularised ATMs in the country, realised very early on that most of the new initiatives are going to come from the market. Four years ago, the bank decided to embark on a journey to make its system cleaner (in technology parlance) to engage with fintechs. This system change, or cleaning, is helping the bank work with several fintechs without any hassles. Basically, all the banks have core banking solutions (CBS), the nerve centre, and the rest of the technology is customised and built around the CBS. "Once the fintech player proves the concept, we have a system of running it through our own security issues before actually accepting it for operations," says B. Madhivanan, Chief Technology Officer and Digital Officer at ICICI Bank.

Today, the bank has 450 APIs across different segments including retail, commercial banking, corporate banking, SMEs, etc. "Each of these APIs started giving us capabilities," says Madhivanan. Not many banks, especially the public sector banks, are actually tech ready to offer APIs. This restricts their ability to partner fintech players.

There are various types of fintech companies in the market. There are some players who are providing software as a service (pay per use basis), some who sell the product and there are some who sell only the source code. "The bigger fintechs are providing their solutions as a service," says Madhivanan. Globally, banks are engaging with fintechs. For example, Singapore based Lenddo has a patented technology that uses non-traditional data to arrive at a credit score. This has many applications. Lenddo has a solution to make a profile or character of a person based on social media profiles. In India, there is Creditvidya that offers a similar solutions to banks for underwriting first time borrowers. Currently, ICICI Bank, State Bank of India, DBS, RBL Bank and Axis Bank are using the services of fintech players like CreditVidya. Many imagine a future scenario where hundreds of fintechs are plugging into bank systems for servicing customers. "We have to find a mechanism to deal with hundreds of fintech enablers tomorrow," says Madhivanan. 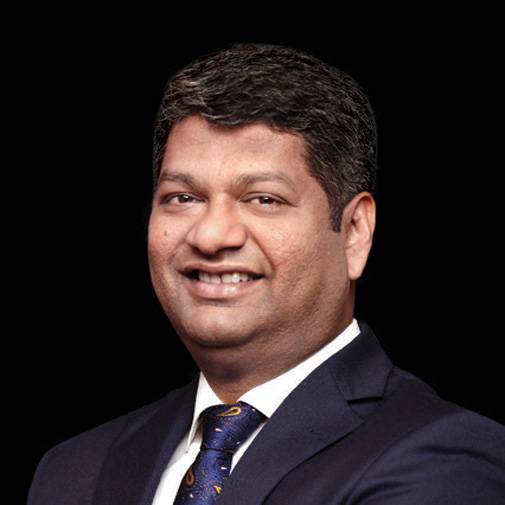 The overall strategy of the bank is to look at digital as a business and enabler. The bank has also deployed software robotics in over 200 business processes across various functions of the bank including retail, agri, trade, treasury and HR among others. That means a huge saving and also faster response time along with better accuracy. Similarly, the bank has been using AI and crawler engine for corporate banking.

There are also areas where the banks are a bit reluctant to share information with fintechs. For instance, ICICI Bank has been building its own capacity in analytics. "The entire issue is of data privacy and security," says Madhivanan. There is also a threat of some large fintechs disrupting the banking model.

There is already talk of banks eventually focusing on backend processing, compliance, etc. whereas the front end fintechs service the customers. Will something like this emerge in future? " The ownership of customer trust is the most critical element in banking," says Madhivanan. Kochhar says aggregators will become another distribution conduit for banks.

The Ola of Ban king