The Ola of Ban king

Bankbazaar is a successful aggregator of retail loan, investment and insurance products. But scaling up will be a challenge. 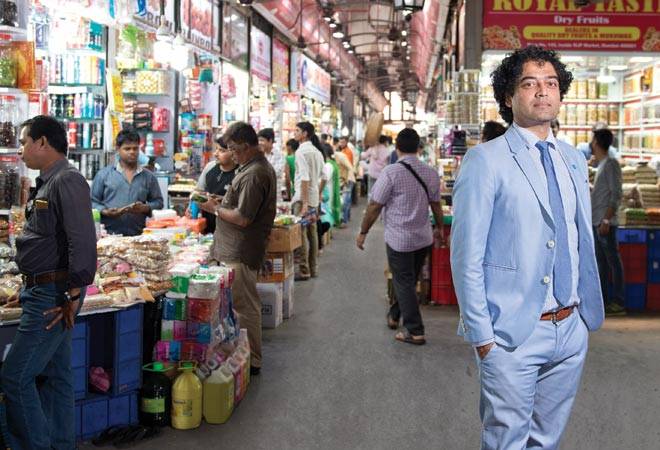 San Francisco-based NerdWallet is a sought-after fintech player. This decade-old company is an aggregator of loan, credit card, mortgage and insurance products. The start-up, with no banking licence, is close to reaching the $1 billion valuation mark. In the UK, there is Money Supermarket, which not only pools banking products but also helps people book flight tickets and cab rides. These two are part of a global trend where online financial services aggregators, be it Money Smart in Singapore and Money Hero in Hong Kong, are becoming a rage. These players enable online comparison and purchase of a large number of financial products on a single platform. And the tech-savvy of the world are hooking on to them to get the best deal both in terms of interest rate and speed (a loan in a few minutes is a common selling point), and that too without much paper work and hassle of a branch visit.

The Bangalore-based Bankbazaar - declared the 'Best Fintech-Lending' in our survey - is India's answer to these fintech aggregators. It does not have a banking licence. Nor does it have the permission to launch mutual fund/insurance schemes. What it offers is the best of everything through tie-ups with as many as 85 banks and institutions. Many bracket Bankbazar an online distributor of financial products but it calls itself a neutral online marketplace. "Bankbazaar is not about selling clicks and leads. We are about paperless transactions. We are providing a platform for moving to a paperless world," says Founder & CEO Adhil Shetty. The other co-founders are Arjun Shetty, the Chief Operating Officer, and Rati Shetty, the Chief Product Officer. All three used to work abroad before setting up Bankbazaar.

In India's fintech world, where there are hundreds of start-ups, Bankbazaar boasts of the widest product portfolio. It offers a dozen product lines in tie-up with banks, non-banking financial companies, insurers and mutual fund companies. The team has 1,750-plus members. The company earned revenues of around Rs 75 crore in 2016/17.

Bankbazaar does not lend money from its balance sheet. Banks consider it an online distributor of their products. Though banks such as ICICI Bank and IndusInd Bank are offering 100 per cent paperless personal loans through Bankbazaar, not all banks are technology-savvy enough to offer instant loans. "We tell financial institutions that you don't have to build the entire techstack for paperless transactions. They can plug and play with us," says Shetty. Bankbazaar integrates its system with the bank's core banking system. For example, if a customer uploads documents on the Bankbazaar portal, the files go straight into the bank's system. While most public sector banks are not very tech-savvy and have been staying away, NBFCs have been at the forefront of using the platform. "The conversion rate on such platforms is low," says a banker.

Bankbazaar is unmoved. "We have invested in technology. We have invested a lot on processing data and transferring it to banks," says Shetty. Today, insurance and mutual fund companies have the API to plug and play on Bankbazaar. API, or Application Program Interface, is a set of routines, protocols, and tools for building software applications. Basically, it specifies how software components should interact. "In case banks don't have the API, we integrate with their core banking systems," says Shetty. Bankbazaar is hoping that in future, banks will focus on regulations, compliance and products while fintech players like it will be at the front-end and interact with customers. "We are telling banks that don't pay me for technology, but when you do business, pay me for opex," says Shetty.

The online model, as it stands today, has limitations because of the amount of documentation required, especially for secured loans such as for home and car. Similarly, banks insist on meeting a customer for opening his or her account. That is why Shetty's focus has been unsecured loans, which require less documentation. "We provide personal loans in three minutes. Online customers want convenience, higher loan amount and least possible documentation," says Shetty. The average loan size is Rs 3.5 lakh. The biggest growth is coming from investment and insurance. "A quarter of mutual fund subscriptions come through systematic investment plans," says Shetty. The company also does a hygiene check to protect its brand. "We sell products that have at least a five-year record," says Shetty. Shetty says Bankbazaar will soon become the top digital distributor of mutual funds. Similarly, it has taken a decision not to sell unit-linked insurance plans or Ulips. These high-cost plans, mostly equity-oriented, were wrongly sold on a large scale between 2004 and 2008 and were the worst hit by the global financial meltdown. "The insurance business has grown around 145 per cent between between the third quarter of 2016/17 and the thir quarter of 2017/18. We are expecting 300 per cent growth for 2018/19," says Shetty. Bankbazaar works on a marketing fee model or a subscription model where the fee varies with the loan size. The company is replicating the model internationally, especially in Singapore, Malaysia and Hong Kong. "Our 10 per cent revenue comes from overseas. We want to take this to 20 per cent," says Shetty.

The biggest challenge for an aggregator is scaling up. PSBs, which control two-third of the banking system, are not keen to open systems for fintech players. Bankbazaar will have to reach out to urban and semi-urban centres to gain scale. The government and regulators also have to encourage e-verification of documents. There is also the issue of tapping the market for secured loans such as those for home and car where one has to secure assets with paperwork. That is why, at present, 50-70 per cent of banks' retail portfolio is accounted for by mortgages, while Bankbazaar has been sticking mostly with credit cards and personal loans. It is banking on mutual funds and insurance to gain size and expects to break even by September, almost 10 years after starting operations. The only comforting factor is the rising valuation. A year ago, global credit bureau giant Experian, which invested in Bankbazaar, valued it at $300 million. "We are now 150 per cent larger than a year ago," says Shetty. Big shareholders include Sequoia and Amazon. Repeated fund-raising means have low equity. But that does not worry them. "What drives me is the work we are doing to alter the entire financial services industry which worked in a particular way for many decades," says Shetty, adding, "The purpose is noble. At the end of the day, I'm not repeating what hundreds have done earlier."