Convincing her parents about her decision to quit her seven-figure salary job at McKinsey India and take the start-up route wasn't easy for Priyanka Agarwal. It was even tougher to convince investors that she was committed to the task. In the initial days of this journey, when she was looking to raise Rs 4 crore in the seed round, she met the senior partner of a well-known impact fund in Mumbai. The woman was impressed by her idea but declined funding saying: "You are two female founders, both in your late twenties. What is the guarantee that one of you will not leave to get married?" recounts Agarwal, the founder of Wishberry, a crowd-funding platform.

"I remember clearly asking her what if I was a guy who had to leave because my father passed away and I had to support my family? I have already given up a career, given up so many things, to do this. Isn't that commitment enough?" she recalls telling the investor. Her pitch didn't work.

Entrepreneurship is not for the faint-hearted and fund-raising no piece of cake. But when it comes to women, the start-up route has even more roadblocks, and this is perhaps why women in India tend to avoid this option.

Data from the Sixth Economic Census says the total number of establishments owned by women entrepreneurs is 8.05 million (13.76 per cent of the total). These establishments provided employment to 13.45 million people despite the fact that 83.19 per cent were without hired workers.

About 34 per cent of establishments under women entrepreneurs pertained to agricultural activity, and livestock dominated within that with a 31.6 per cent share.

In non-agricultural women-entrepreneur owned establishments, manufacturing and retail-trade dominated with 29.8 per cent and 17.8 per cent share, respectively. Besides SMEs, these numbers include women-owned boutique-salons and micro enterprises that don't scale. Here we are talking about start-ups, or new-age companies that typically begin operations with venture capital funding.

The high agricultural and livestock ownership, as well as the number of establishments without hired workers, point to a very low number of meaningful women-led start-ups in India.

So, what stops women from starting their own ventures? Most experts say it begins at home.

Cultural and societal restrictions imposed on women in India are hardly a revelation - working women are frowned upon, girls are pushed towards domestic pursuits from childhood (for better marriage prospects), and education is low on the priority list.

Data on primary, secondary, and higher education suggests that the dropout rate for girls increases progressively. The country's premier engineering and management education institutes - the IITs and the IIMs - have skewed gender ratios. Experts say that as fewer women opt for higher education, and even fewer opt for post-graduate studies, only minuscule numbers enter the workforce. And naturally that reduces the size of the pool from which women entrepreneurs come. Moreover, even in the higher socio-economic strata where women are encouraged to work, entrepreneurship for their womenfolk is not welcome.

"The messaging at home typically is - now you've finished your engineering (course), get a job, get married, and settled," says the Chairperson, Centre for Innovation Incubation and Entrepreneurship Initiatives, IIM-Ahmedabad, Professor Neharika Vohra. A venture of her own would interfere with her domestic responsibilities; a 9-6 job won't. So young women aren't encouraged.

"Society wants young women to settle into a role convenient for the family-career balance...Social expectations and pressure make it more challenging for young women," says the MD and CEO of healthcare start-up Portea Medical, Meena Ganesh, who is also a partner at venture-builder platform GrowthStory. 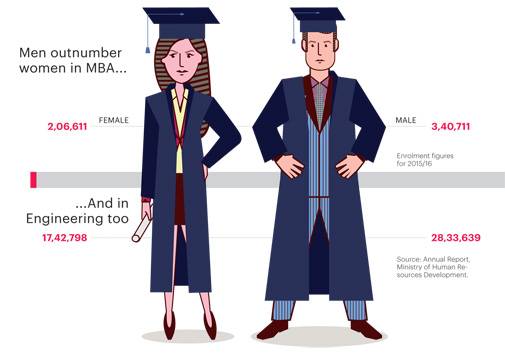 Even at India's top management institute, IIM-A, Vohra says each batch on course completion is offered the opportunity to try out their ideas instead of going in for placements but only one or two women come forward. ShopClues co-founder and Chief Business Officer, Radhika Aggarwal, points out that even getting into an IIM is a risk as women are brought up to be risk averse. For her book, Follow Every Rainbow, writer Rashmi Bansal, who has written nine books on entrepreneurship, interviewed 25 women entrepreneurs. She found out that while many women start small enterprises, very few aspire to build a Unicorn as it requires single-minded obsession, giving up everything in life. "There is a big price to pay for what we call success."

A combination of factors discourages women from establishing businesses or start-ups. But does the journey get easier past these barricades?

The 2017 Mastercard Index for Women Entrepreneurs ranked India at 52 among 57 countries. The report ranks countries based on the support system available in the local environment for women entrepreneurs. It noted that the cultural bias here meant Indian women are less inclined to business ownership, they are less growth oriented and are more prone to shut shop (than women in other regions).

While most stakeholders blame the country's social structure, some say there are other problems too. "The ecosystem is improving but stereotypes still come into play. Women still face questions like - what if you have a baby and leave? Men never face these questions. Now, because it is politically incorrect, people won't say it, but it is there - very much the elephant in the room," says angel investor Meeta Malhotra. 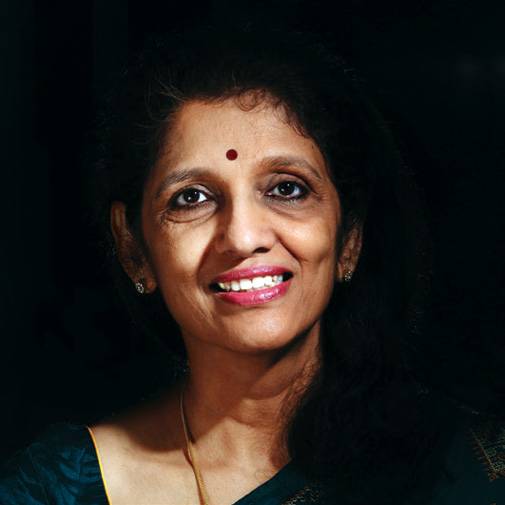 The Portea CEO agrees. "There is always this unsaid concern on whether women are serious enough? Are they fully committed to staying the course? What will happen when family pressure kicks in?"

Questions are often raised about women's abilities to take hard decisions, their emotional instabilities; and it is widely held that women can't grasp technological matters. Often there is a preference for hiring women who are married, have children, and are middle-aged.

Delhi-based Roma Priya, a lawyer and founder of Burgeon, a law firm that specialises in start-ups, has witnessed close-up the functioning of this ecosystem. She says while investors are sceptical about investing in companies founded by married couples, they also have reservations about women founded start-ups, and more so if those women are in the age bracket of 25-35. Incidentally, most successful women-founded start-ups have founders aged over 35.

It is Suchi Mukherjee, founder and CEO of Limeroad who poses the million-dollar question on inclusiveness in the start-up ecosystem: "It is not whether women are entering. The important thing is - how many are making it big?" she asks.

"How many women have raised more than $50 million?" she asks. The answer is telling. Data from start-up analytics firm Tracxn says 117 firms have raised funding above $50 million. Only 19 had at least one woman in the founding team and only four were woman-led.

Networking is another area where women suffer minus their access to the old boys' club. The Co-founder of SocialCops, Prukalpa Sankar, didn't face questions on her plans for marriage and children at 21, but networking was difficult. "It isn't easy for a woman to go and sell. A guy can say at the end of it let's go have a coffee, or, let's go have a beer. I cannot do that. When you do it in India, people will start sending you intrusive WhatsApp messages."

Societal constraints stop young women from taking the start-up route but there is need to analyse why they choose other paths. Kalyani Khona, the founder of Inclov, a dating app for the disabled, studied financial markets in a Mumbai college. Her class had more women than men but none of the women wanted to be entrepreneurs. Some wanted to assist in family businesses while others wanted financial market roles or jobs as analysts.

The lack of sufficient role models is a reason for the disinterest. "If she can, I can too" can be a driving sentiment. With few relatable role models, and no exposure to the ones there are, there is no inspiration. Khona, for instance was inspired after she was selected for the Rajeev Circle Fellowship, founded by Indian origin angel investor Asha Jadeja. "I went to San Francisco very early and my exposure was at the next level. I met many women entrepreneurs such as Radhika Shah, who was the VP of Stanford Angels and Entrepreneurs at that time. And I realised I too can be this person". 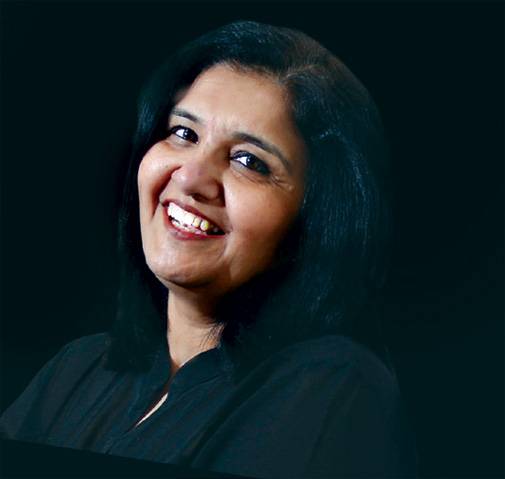 "The most important thing is, how do you set culture? It is by the stories you tell, by the actions you take and the heroes you hold high. There just aren't enough heroes around," says Shopclues' Aggarwal. There is also need for more mentors - people who can guide women aspirants. One big step to help more women come forward, has to be taken soon."I went to IIT Chennai last month for a talk. Where are the girls? They said there are very few girls, some ridiculously small number, and the problem is right there", says Malhotra. "From the schooling stage, children should be educated and have context from and about woman entrepreneurs, to understand these are possibilities," she added.

Padmaja Ruparel, Co-founder, and President of Indian Angel Network, says the age of women taking up entrepreneurship has started to drop now and fresh graduates are trying it. There has been some improvement in the recent past and it will only get better, experts say.

Corporate India's first lot of women executives tell stories about factories without women's toilets, of women being seated in the back row, of men who wouldn't shake their hands, or make eye contact.

Hopefully, in the future, the current status of women's entrepreneurship in India would become one such tale of times past.