More than the dotted lines that link up the hierarchy, it is the invisible lines of trust that are the cornerstone of all people policies.
Harsh Goenka | Print Edition: January 14, 2018 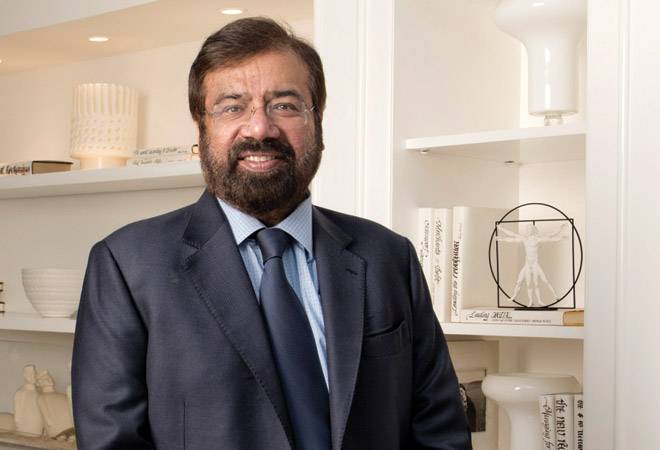 One of the earliest tasks given to me in my youth was to control petrol bills of drivers at home. I took to the task in earnest, made a large sheet to diligently capture details of kilometres run daily and fuel refilled and so on. I would then question the drivers. This went on for six months and I had systematically wasted half hour each day on this task. When my father realised what I was doing, he told me that all I had to do was to find out the typical mileage offered by an Ambassador car and educate the driver on how to keep a logbook and ask them to assess how they were faring versus the norms. Dad was using this opportunity to teach me the importance of setting a process and system and also a new concept, one that hinged on trusting another human being. This apparently small bit of advice, but with a deep meaning, stayed with me and I have never let it go.

Trust was an essential paradigm for my father - the way he related to his children and the way he ran his business, all stemmed from trust. Therefore, it was natural for me to imbibe the concept and trust is the abiding management mantra that I have lived my life by. At 24, dad asked me to take the reins of CEAT, and at 32, he wanted me to take over the chairmanship of the group. In my early days at managing, I would occasionally voice my dissatisfaction with certain people, sometimes second guessing their decisions and my father would ask me a simple question: "You trust him, don't you?" Clearly, there were no halfway answers: dodging the question with ifs and buts would be met with a stern admonition that trust in people should never be anything less than 100 per cent.

There was a time, early in my career, when our group had 15 joint ventures (JVs) with Fortune 500 companies. The foundation of JVs did not reside in legal documents or shareholder agreements. It was forged through personal trust and transparency. There was a period during the 1980s and '90s, when I was engaged in a significant number of acquisitions. Unlike the M&A of today where law firms engage with each other endlessly in watertight legal documentation and escrows, my father and I consummated deals with power of the spoken word and a handshake. It didn't matter to us whether we signed on the dotted line or not. There have been occasions when our trust has been belied and we have learned to take that in our stride, without carrying grudges. An enduring example is our JV with TE Connectivity (formerly Tyco) that has triumphed the test of time.

In the early days of mobile telephony, we ran the cellular operations in MP. It was later sold to a consortium led by the Tata Group. Just after I gave my verbal agreement to the deal, we received a higher offer from another leading player. Though it was too good an offer to refuse, I kept my word to the Tatas and turned it down. It did not go unnoticed. Once he became aware of it, Ratan Tata called me to say, "Harsh, I know there is a higher offer, but I am delighted that you honoured our deal." The joy of getting that call reinforced my faith in trust.

As a business leader, trust is also my biggest ally. I practise a policy where significant freedom and authority is given to professionals in the group. The only thing I ask is transparency and integrity. The federal structure of our group lends itself to this style of management. More than the lines and the dotted lines that link up the hierarchy, it is the invisible lines of trust that permeates within the group. It is the cornerstone of all our people policies at RPG. Eyebrows go up every time I share with friends and colleagues that we have a "Present by Default" attendance policy at the corporate office where no employee is required to mark their attendance.

This year, two of our companies - Raychem RPG and RPG Life Sciences - have made it to the Great Places to Work. The study measures various aspects of employee engagement through a tool known as the Trust Index. The Trust Index represents the organisation's and management's credibility in the minds of employees. Such credibility is not built on the back of HR policies alone; they stem from that amorphous thing we term as 'culture'. And I have always believed in a culture of leading with trust and also empowering with trust.

Trust has its own rewards: it leads to unflinching loyalty; and perhaps this accounts for the fact that our attrition rates are far lower than the industry average. I truly believe that beyond a point, it is neither money nor title that motivates people. However, trust motivates people and has far-reaching and lasting impact.

Beyond retention, another benefit of trusting and empowering people is the speed of decision-making facilitated as a result of Trust. Once you have outlined the broad principles to your team, you have to let go and trust that they will abide by these principles. This is equally true of parenting, again something that my father did with us. He outlined the broad framework of acceptable behaviour and taught us to think within those frameworks. We knew that he wasn't going to look over his shoulder, hence the pressure to not let him down stayed with us.

Of course, 100 per cent trust does not imply wilful ignorance. Nor should it be construed as a means of shirking responsibility for decisions that may go wrong. I remember the time when we were one of the pioneering and leading players in the financial services industry. The growth and profitability we achieved in that single business was good. Spurred by the optimism, we left the reins to the CEO and gave a free hand backing him with a green sign whenever he proposed expansion and investment. A few years later, the business collapsed, revealing a lack of financial controls. It was to result in a catastrophic blow to the group which took me several years to overcome. However, it did not lead to any change in my philosophy of trusting my people.

Having recently won the Deming Award for one of our companies, I am reminded of the words of Edward Deming "In God we trust, all others bring data". While this may stand true, I personally have a contrarian view and I believe that no informed decision-making is possible without trusting the unique capabilities, instincts and talent that makes us human.

'It's All About Culture'