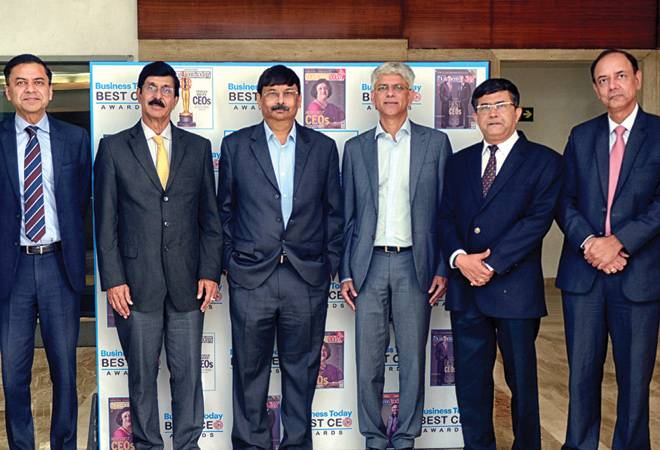 This is Business Today's sixth ranking of Best CEOs in India. We published our first such ranking in 2012 in partnership with INSEAD and Harvard Business Review. In 2013, Business Today teamed up with PricewaterhouseCoopers (PwC) to work out a new methodology and conduct the survey. We have been using this methodology that takes into account both quantitative performance as well as qualitative aspects since then.

We started with the quantitative exercise to shortlist the top three performers in each segment. Before calculating the quantitative performance, we used a series of checks and filters. Our study universe was the BT500 ranking of Indias most valuable companies. Only companies with revenues of more than `1,000 crore within the BT 500 universe were considered. The data was sourced from Ace Equity. Our study period was three years: 2016/17, 2015/16 and 2014/15.Then, companies whose accounting period was only between nine and 15 months in these periods were considered. Companies whose latest audited financial year results were not available were eliminated from the list. We also removed companies that reported a net loss in any of these three financial years. Companies that listed during the study period were also not considered. To qualify for the rankings, CEOs must have been on the post for the full study period. In case of PSUs, the period was a minimum of one fiscal.

A total of 243 companies qualified for the study. To arrive at the rankings, growth in total income, profit before interest and tax (PBIT) and total shareholder returns (TSR) were considered. These parameters were taken net of extraordinary income and expenses. Only standalone numbers were used.

Companies were assigned a score on the average of year-on-year absolute change and three-year compounded annual growth rate (CAGR) in total income and PBIT. For banking, financial services and insurance (BFSI) companies, profit before tax was considered in place of PBIT. Both absolute growth and CAGR carried an equal weight of 16.6 per cent. TSR was calculated by taking into account the net price change plus dividends. Companies were scored on three-year TSR average and were given a weightage of 33.3 per cent. All three scores were added to arrive at the final score. Non-BFSI and BFSI companies were assigned a separate score.