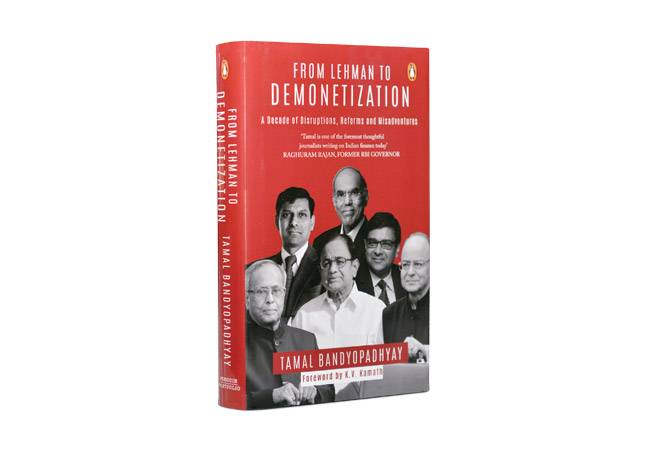 Bandyopadhyay moved from Business Standard to Mint in 2008, where he has contributed over 600 columns in the past decade; this is a selection of 88 - all but two from Mint. Most of the book is about the Indian banking system, but Bandyopadhyay also covers the Lehman and demonetisation crises. He can be a trenchant critic, but he is affable enough to make good friends amongst the powerful; so he often gets inside information of the goings-on. The book also covers 15 important people. A glass or two of Laphroaig cannot have hurt the flow of communication with the chairman of State Bank.

Thanks to the friends he makes, Bandyopadhyay picks up extraordinary information. I was fascinated by his disclosures on corruption. It is not surprising that bribes involve specialist brokers; but I would never have known that the brokers have graduated from Blackberry Messenger to WhatsApp, or that one of them drives an Audi in Bombay and a BMW in Delhi.

I often wondered why the government was chasing Vijay Mallya for defaults of his companies; surely they all had limited liability and had only to declare insolvency to get rid of obligations to banks? Bandyopadhyay has the answer: the loan to Kingfisher Airlines had Mallya's personal guarantee.

Bandyopadhyay describes how naive the government's procedure for choosing managing directors of its banks is. There are only a few government banks; so promotion of managing directors of small banks to run bigger banks is quite unknown. Those considered are executive directors - people who have worked under someone throughout their working lives. In 2013, a selection committee interviewed eighteen people for nine headships in one day, many of them for ten minutes. This method of selection is too casual. The job requires managerial ability; the selection should really be based on the opinions of experienced managers about their juniors. But managers are moved so often and stay so briefly in their jobs that experienced, trustworthy managers do not exist in the system. The result is that managing directors change every two years or even more often, and are gone before they make their presence felt.

In his Independence Day address in 2014, the new Prime Minister, Narendra Modi, announced the Pradhan Mantri Jan Dhan Yojana, under which every household was to have access to banking. Every bank was supposed to open thousands of accounts. Bandyopadhyay went to one celebratory function where a central minister presented a passbook and a debit card to a few dozen ostensibly account-less characters; he found that most of them had accounts already - just as in Sanjay Gandhi's mass sterilisation programme in 1973, many poor people were sterilised many times.

Banking is not a sexy subject, but Bandyopadhyay has a way of making it one. He is a good observer; and he does not shy away from conclusions unwelcome to the powers that be. That is why I would have wished that he had tackled more forthrightly the central problem of Indian banking, namely the government's protection of its own incompetent and bankrupt banks, and its pussyfooting over banks' bad debts. The required solution is one that would stop generation of bad debts: it would involve revival of public issues of equity, which SEBI has killed with its voluminous regulations, quick and compulsory write-off of bad debts, liquidation of bankrupt banks and privatisation of the rest. Maybe he will take it up in his future columns.

MNCs are conspiring against us