India will breach green hydrogen target to reach 10 MT on the back of policies such as free transmission, open access and non-applicability of cross-subsidy surcharges on renewable energy required for making green hydrogen, said power minister Raj Kumar Singh.

Terming the National Green Hydrogen Mission as a bold and pioneering step, union minister for power & new and renewable energy, Raj Kumar Singh, has forecast India’s emergence as its leading supplier while laying down the roadmap for the commodity’s production till 2030.

Speaking at a media briefing on the mission Thursday, Singh declared, “The [production] capacity for green hydrogen will go up from 5 MMT (million metric tonnes) to at least 10 MMT because we had started putting in place policies such as free transmission, open access and non-applicability of cross-subsidy surcharges on renewable energy required for making green hydrogen.”

In the first phase of the mission announced on January 4, India is going to replace grey hydrogen used in oil refining and grey ammonia used in fertiliser manufacturing for domestic use. Current consumption of grey hydrogen and grey ammonia in the Indian industry stands at 18 MT, according to government data.

As part of strategic government support for green hydrogen, an outlay of Rs 17,490 crore has been proposed.

Referring to potential export markets for the commodity, Singh said, “Other countries need green hydrogen and green ammonia, but don’t have the Sun or land to produce renewable energy. But we have the competitive advantage; we have the Sun, land and a thriving green energy industry.”

The minister said that even as the world was looking at green hydrogen to further reduce carbon emissions, EU member states, Japan and South Korea have expressed interest in sourcing green hydrogen and green ammonia supplies from India. 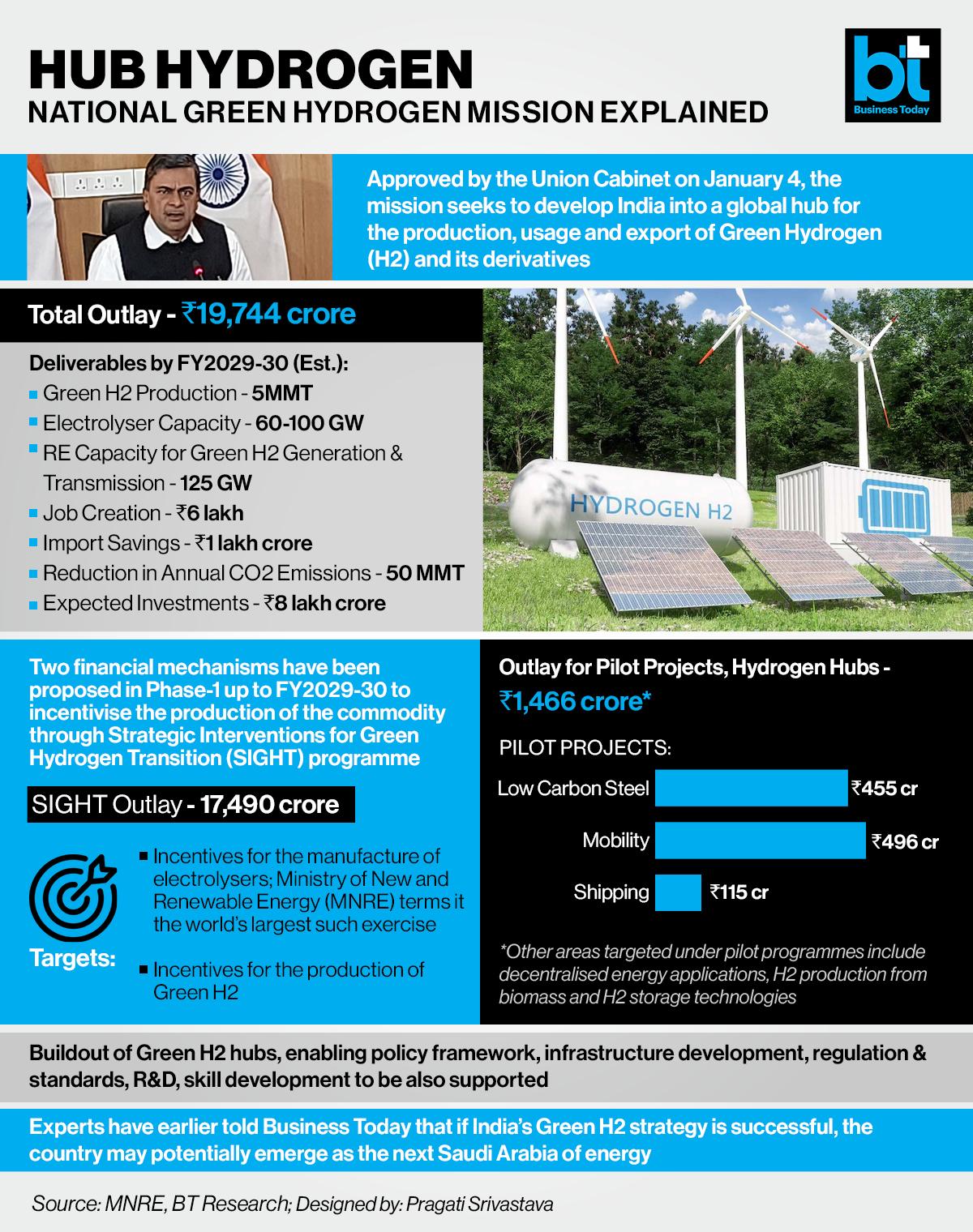 Country to lead in electrolysers

Touching on the important issue of manufacturing of electrolysers – used in separating hydrogen and oxygen molecules in water to produce hydrogen – the minister mentioned that a Production Linked Incentive (PLI) scheme would be shortly announced to meet the 15 GW target.

As for the PLI on green hydrogen and green ammonia production, the minister said it would be available for only a couple of years as the sector would have become cost competitive by then.

He further added that promoting green hydrogen and green ammonia was not just about the country’s energy transition but also about attaining import independence.