Interim Budget: FM hits out at critics, says govt has pulled back economy

Rejecting description of his interim Budget as populist, Finance minister P  Chidambaram said over the last couple of years, the government was trying to do a "rescue act" like every other government in the world was doing. 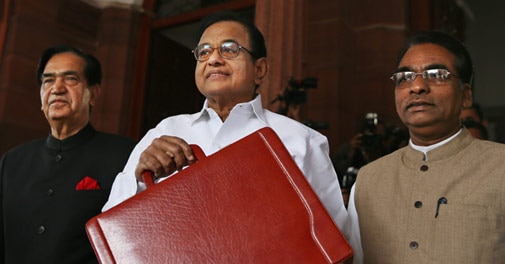 Hitting out at critics of UPA's management of economy, Finance Minister P Chidambaram on Tuesday said the government has "pulled back" the economy from a difficult situation and put it back on a high growth path.

Rejecting description of his interim Budget as populist, he said over the last couple of years the government was trying to do a "rescue act" like every other government in the world was doing.

"To put it plainly, over the last couple of years we are trying to do a rescue act like every other government in the world is doing. I am at pains to emphasise that we are not alone."

"Every Finance Minister says that he is engaged in a rescue act. Therefore what I did in 2013 Budget and what I have proposed in the 2014 interim Budget must be seen as part of getting back growth when the economy in the world is fragile and I think we have succeeded in a fair measure," Chidambaram said in an exclusive interview.

"Very few countries have been able to do this over the last 18 months. Therefore while I am not entirely pleased with what we have been able to achieve, I must emphasise that we have achieved our goals in fair measure and going forward if the governments follow the 10-point agenda that I have laid down towards the end of my speech, we will get back to the high growth path," he said when asked how he would define his Budget.

He acknowledged that in the past some mistakes had been made.

Asked what they were, Chidambaram referred to economist T N Srinivasan who had written a monograph which said the first stimulus package was perhaps necessary, but deeper analysis may have shown that the second and third stimulus packages were not necessary.

"But that is a judgement he makes in hindsight.

Given the circumstances then, given the data available then, a decision was taken to have three stimulus packages in succession.

"There were clearly benefits out of the 3 packages. The growth rate was above 8 per cent. But the downside was that the fiscal deficit limits were breached and inflation went almost out of control. In hindsight some things are clear. But what human beings don't have is luxury of hindsight," he said.

Asked what in hindsight went wrong, he said, "In hindsight I would have said despite the slowdown, despite the threat of a slowdown perhaps we should have stuck to the fiscal consolidation path with only some minor or temporary relaxation. That is in hindsight."

Asked what his successor would inherit, he said, "he will inherit an improved economy, a more stable economy and an economy that is growing. He will also inherit a world that is turbulent."

To a question on criticism of the money spent on subsidies, the Minister said it was a matter of political philosophy and one can debate why should there be subsidies.

Answering a query on the raising of the cap on supply of subsidised cooking gas (LPG) and whether it was guided by the demand raised by Congress vice president Rahul Gandhi, Chidambaram said there were demands from every section of Parliament.

"You saw the clamour from every section of Parliament.

You saw the clamour at AICC session. How do you simply brush aside or reject the demand of the people. After all they are the ones who elect you. No government descends from heaven and says I dont care for the wishes of the people," he said.

When told that Gandhi made the demand in AICC, he said, "The demand came from the floor."

The government, he said, had raised the quota of subsidised cylinders from 6 to 9 in January last year without any AICC session because there were demands.

Asked about criticism that the excise duty relief had come in too late for the struggling sectors, the Minister said last year the principal challenge was winning investor confidence and reassuring analysts and rating agencies that "we are going to put the economy back on more stable foundations." .

So, he said, there was no room for any kind of tax concessions last year.

However, recent data, specially of last 5 months "clearly points to a decline in manufacturing, capital goods and consumer durables. Once the data is available, we take action.

I firmly believe, one must have data before one takes decisions," he said.

When told that critics say that he has left a "headache" for his successor, he said in a lighter vein "who knows, I may be my own successor."

But he went on to add, "These are all the usual criticisms. Every government can conveniently blame the predecessor government.

"The fact remains that this government has delivered growth rate above the trend growth rate of the last 33 years.

The fact remains that this government has delivered policies that will endure for 10-20 years.

"The fact is that this government has recognised that the world is going through a turbulent period and has a done a lot to put the economy on more stable foundations through the years of turbulence."

On containing fiscal deficit and CAD at the cost of expenditure, Chidambaram said the total spending cut is Rs 75,000 crore out of the total expenditure of Rs 15,90,434 crore which does not have the impact that many imagine would have on the economy.

Also, revenue collection is lower than what is projected in the Budget estimates. "That money remains with the people and people are spending it. Whether the people spend money or whether the government spends money, the impact will be the same."

There are no winners in Chidambaram's 'hope' budget