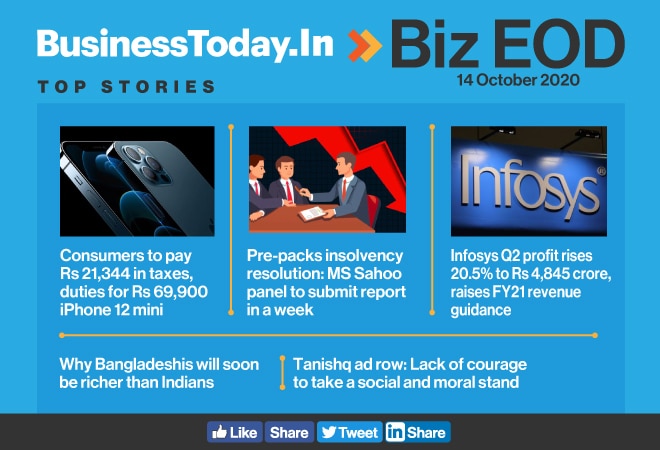 Thanks to India's huge population and persisting economic challenges, Bangladesh may have a higher per capita GDP than India in 2020 and also in 2025. Why is Apple selling iPhone 12 mini for around Rs 70,000 in India when it is available for $699 in the USA? It is deeply worrying when a corporate entity such as Tanishq steps back from taking a social stand and bows to commercial considerations. Read for more top stories from the world of business and economy:

1. Why Bangladeshis will soon be richer than Indians

iPhone 12 mini: When it comes to calculating local pricing before the launch, other than country-specific duties and taxes, companies like Apple have to keep a buffer for currency fluctuations as well.

Pre-packs are popular in many countries as an alternative to lengthy insolvency processes as they are faster, cheaper and are done with statutory sanctioning.

4. Tanishq ad row: Lack of courage to take a social and moral stand

Withdrawing the Tanishq ad seems to convey a lack of courage to take a social and moral stand - both of which are not great associations for the brand.

Infosys Q2 results: The Bengaluru-based IT major has raised revenue guidance for the current fiscal to 2-3 per cent in constant currency, from 0-2 per cent earlier.