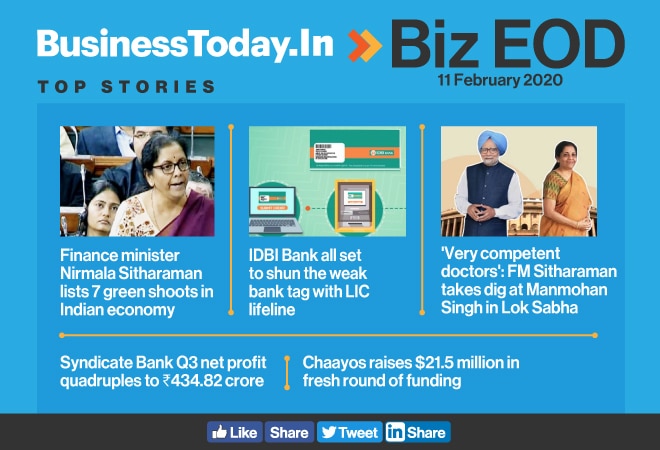 2. IDBI Bank all set to shun the weak bank tag with LIC lifeline

A bulk of the bank's NPAs are facing the bankruptcy proceedings where adequate provisions have been made. The bank expects to get the benefit of write-backs as and when the recovery takes place.

Comparing fiscal discipline under the Modi government with that of Manmohan Singh government (2009-2014), Sitharaman said that the previous regime had failed to contain fiscal deficit numbers.

The net interest income, the difference between interest earned and interest expended, for the December quarter of the ongoing fiscal was pegged at Rs 1,871.39 crore.

5. Chaayos raises $21.5 million in fresh round of funding; to increase store count to 300