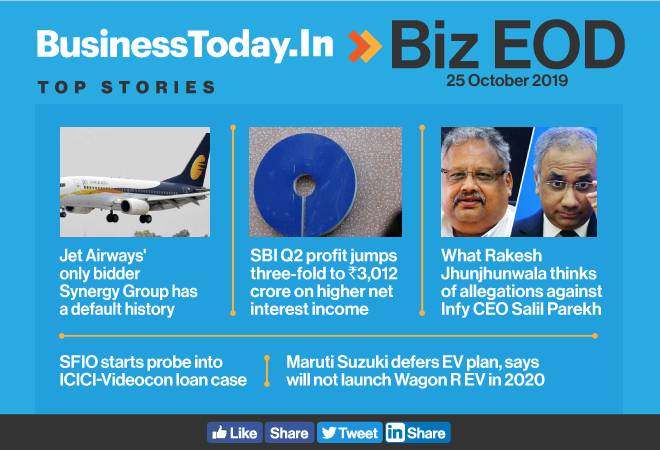 1. Jet Airways' only bidder Synergy Group has a default history

Columbia's Synergy Group founder, who built the sprawling Latin American conglomerate with his brother Jose, had lost his shipyard and airline businesses because of loan defaults.

The billionaire investor suspects the complaint against CEO Salil Parekh and CFO Nilanjan Roy has been made "purposely" and by "manipulators."

As per the allegations, Videocon Industries gave crores of rupees to Deepak's firm, barely six months after his company got Rs 3,250 crore worth of loan from ICICI Bank in 2012.

During the Auto Expo 2018, Maruti had said it would launch the vehicle in 2020 and had imported a batch of 50 Wagon R EVs from Japan, which were being tested as a pilot project across the country.