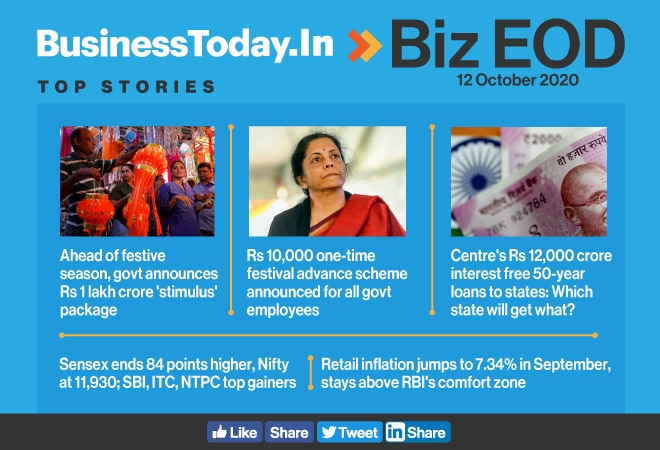 In what could be termed as the second round of stimulus, the government today announced measures that by its estimate would give a demand boost of Rs 73,000 crore. Finance Minister Nirmala Sitharaman announced a Rs 10,000 one-time festival advance scheme for all government employees to boost spending. She also announced special interest-free 50-year loans to states for capital expenditure for Rs 12,000 crore. Read for more top stories from the world of business and economy:

For boosting consumer spending, the government today announced special tax exemption for Central government employees, who get Leave Travel Concessions in a block of 4 years leave encashment of 10 days.

Finance Minister Nirmala Sitharaman said that under the Special Festival Advance scheme will be available up to March 31, 2021 and will be given as a prepaid RuPay card.

Nirmala Sitharman announced a Rs 12,000 crore interest-free 50-year loan to states for spending on capital projects in a bid to boost economy.

On the currency front, the rupee snapped its three-session winning run and slipped 12 paise to settle at 73.28 against the US dollar on Monday.