On electoral reforms, the CII suggests devising a model for simultaneous elections of Parliament and state legislatures from 2024. 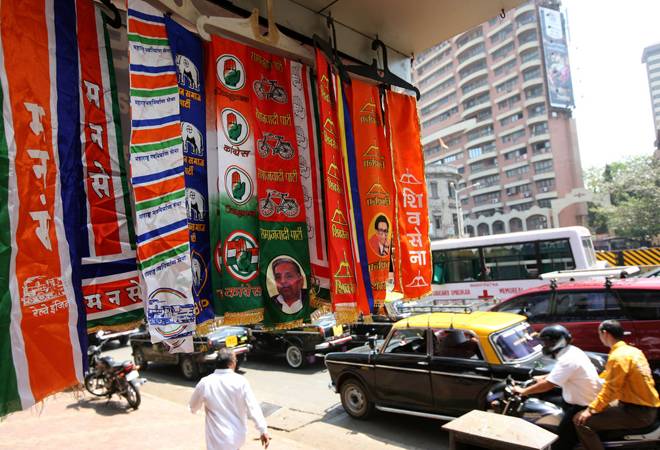 Industry lobby CII Sunday released a 'Suggested Election Manifesto' for political parties to achieve an average growth rate of 8 per cent per annum in the next five years.

The manifesto by the CII provides an economic roadmap for the upcoming government, the industry body said in a release.

India faces its next general election by May as the incumbent government is nearing completion of the five-year term.

It covers a range of subjects including agriculture, education, health, infrastructure, manufacturing, technology as well as environment.

"After extensive discussion with industry members and experts from various fields, we have evolved key suggestions to make an India of economic strength, technological vitality and moral leadership towards India@75 in 2022. We believe that political parties will consider these suggestions and include them in their manifesto," said Chandrajit Banerjee, Director General at the CII.

The CII said it has shared the manifesto with all the major political parties, national and regional, for their consideration and inclusion in their party manifesto.

"The CII targets an average growth rate of 8 per cent per annum for the next five years," it said.

The CII suggested manifesto envisages a continued high pace of reforms, enabling India to take a lead in a world of multiple transformations in the global and technology environment, Banerjee said.

The industry grouping has called for compressing GST rate slabs to 2 or 3 per cent and lowering corporate income tax to 18 per cent with no exemptions to make Indian tax rates globally competitive.

"The CII suggested manifesto highlights administrative, judicial and police reforms. We also recommend the highest priority on education, health care and infrastructure, among other sectors," he added.

On electoral reforms, the CII suggests devising a model for simultaneous elections of Parliament and state legislatures from 2024.

Among others, it has suggested raising public expenditure on education to 6 per cent of the GDP, making vocational training part of curriculum and incentivising better performance of teachers with upgraded digital school infrastructure, especially, in rural schools.

A key measure would be to link the universities with industries and increase government funding for Research and Development to 1 per cent of the GDP.

On skill development, it has recommended lifelong skilling modules and new delivery models based on technology.

Also, it suggests increasing health spends to 3 per cent of the GDP, granting infrastructure status to the sector and reducing India's maternal and infant mortality ratios on a top priority.

To generate new livelihoods, the CII in its manifesto has called for an empowered committee of central and state labour ministers to rework labour laws.

For the agriculture sector, it has called for introducing a comprehensive National Agriculture Mission in partnership with the state governments. A ranking of Ease of Doing Agriculture for states is suggested.

"The CII advocates that for strategic PSEs, government stake should be lowered progressively in phase 1 to 51 per cent, in phase 2 to 26 per cent and in phase 3 to Nil. For other PSEs, the government should exit from business within five years."

Sustainable development with water management and air pollution mitigation are highlighted in the suggested manifesto.

It also calls for more sports academies and preserving local arts and culture along with a policy for fostering the creative economy.