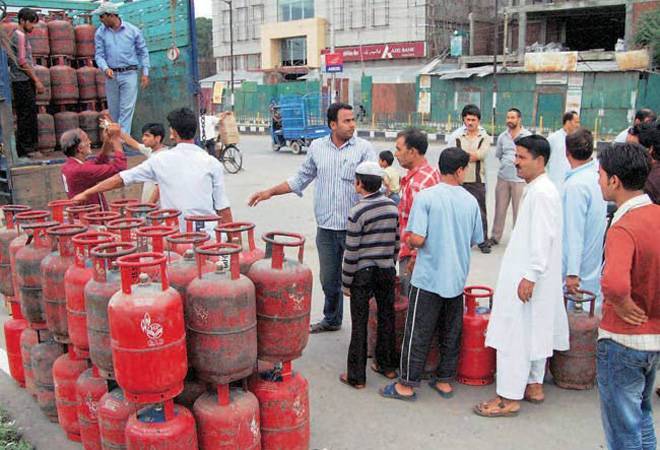 The increase comes after three straight monthly reduction in rates.

The rise has been necessitated due to tax impact on increased market rate of the fuel, IOC said in a statement

Prior to this, prices had been reduced by a total of Rs 13.39 per cylinder.

IOC said non-subsidised or market-priced LPG rates have been hiked by Rs 42.50 per cylinder "mainly due to change in international price and foreign exchange fluctuations."

All LPG consumers buy the fuel at market price. The government, however, subsidises 12 cylinders of 14.2 kg each per households in a year by providing the subsidy amount directly in bank accounts of users.

This subsidy amount varies from month to month depending on the changes in the average international benchmark LPG rate and foreign exchange rate.

When international rates move up, the government provides a higher subsidy. And when they come down, subsidy is cut.

According to tax rules, the goods and services tax on LPG has to be calculated at the market rate of the fuel. The government may choose to subsidise a part of the price but tax will have to be paid at market rates.

So, with the rise in market price or non-subsidised LPG price, the tax incidence on subsidised cooking fuel has also increased, leading to the current price hike.

Oil firms revise LPG price on 1st of every month.