With stores across the spectrum opening up, businesses are hopeful that the next few months will be good. Most are banking on increased vaccinations and people following COVID-19 appropriate behaviour

The number of fresh COVID-19 cases is declining every 24 hours and footfalls in markets are increasing in tandem. This is giving a boost to the pandemic ravaged economy.

The government is pinning its hope on increased vaccination which it expects will give a fillip to the economy.

Minister of State, Finance, Pankaj Chaudhary in Lok Sabha said, "Indian economy is showing signs of revival since the peaking of second COVID wave in the first half of May on the back of targeted fiscal relief, strong push for capital expenditure, and a rapid vaccination drive."

Businesses are seeing a glimmer of hope with many companies now on an expansion spree.

Fabindia is spreading its footprint. With 312 stores in tow across India, the company has now opened a concept store in Khan Market. It plans to open 30 new stores this year.

The new concept store is spread across 1900 square feet in the heart of the national capital. It has been created and curated to offer a holistic lifestyle experience. 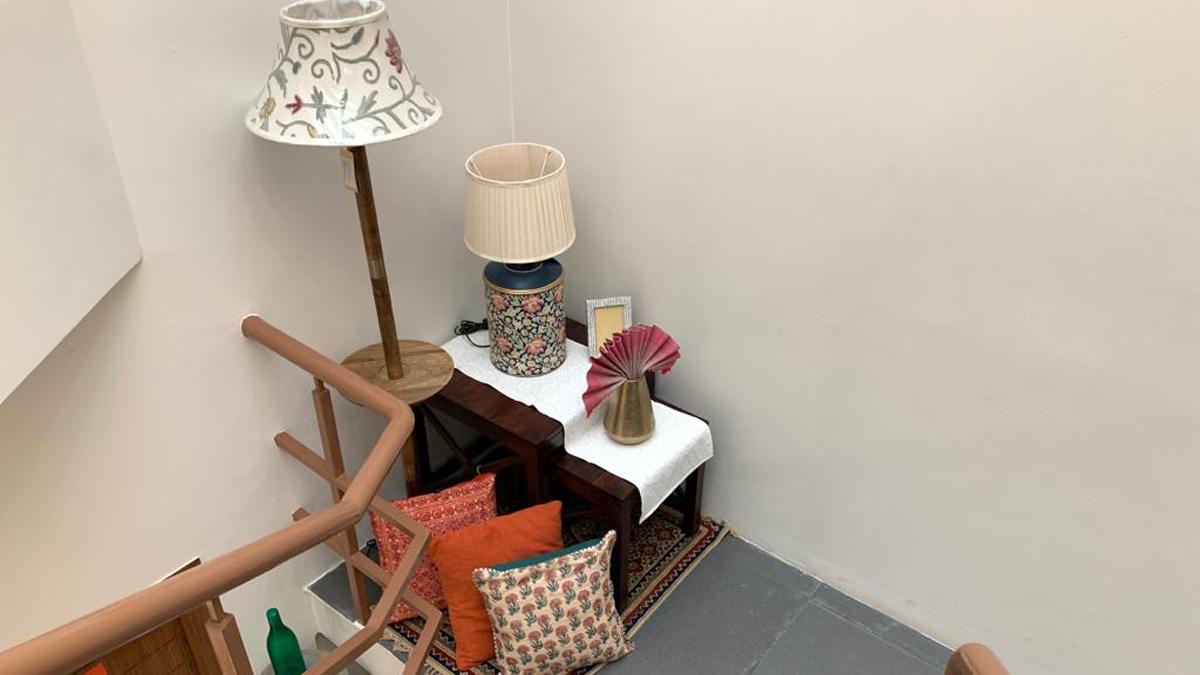 She said, "Currently, home decor is contributing 15-20% revenues to the company, our aim is to increase its share to 35 percent of its revenues."

"Home decor is now a high-growth category for Fabindia," she added.

Fabindia believes it will be able to return to the required run-rate. According to Patwa, COVID was a washout for every major retailer but with all the new initiatives in the works across digital, social commerce, fabindia.com, shop at home services, and experiential retail they are confident of turning the tables in the coming months.

The launch of its concept store is also part of the firm's larger strategy of being an experiential retail player rather than just an apparel and home décor retailer. In the next couple of years, the company will open more experience centres where customers would get customised offerings, and the opportunity to dine at its Fabcafe. "We will stay focused on an experiential retail model where the goal is there also being services beyond just the immediate need of shopping," Patwa said

Fabindia prides itself in linking over 55,000 craft-based rural producers with urban markets. The brand creates employment for artisans while preserving the country's traditional handicrafts.

P.P. Jewellers by Pawan Gupta, with its flagship store in Karol Bagh in New Delhi, has opened a sprawling showroom in tony South Extension. The store aims to target the niche South Delhi audience and Pawan Gupta believes the worst is behind us and now people will start splurging on jewellery especially in the upcoming festive and wedding season. He is pinning his hopes on increased vaccinations. Speaking with India Today he said, "We were looking at expanding for the past 2 years, but our plants for degrade because of the first and the second wave but I strongly believe we will see a rebound in the next coming months."

"We are already seeing an increase in the number of footfalls which have increased by 60% in the past few weeks. On one hand the number of cases are coming down and on the other hand we are seeing sales going upwards," he added.

The new showroom is spread across 3 storeys and covers an area of 10,000 square feet
.
"Last two years were complete washout for the industry. During the first wave people were scared they did not know what the virus could do and because of that they were averse to spending their money. We did see a slight increase in sales after the first wave waved but the second wave has caused in immense psychological damage too," he added.

Retailers such as Tanishq, Shoppers Stop are planning to add 10 - 35 stores this year.

Ajoy Chawla, CEO, Titan Jewellery Division said, "We are very confident of our expansion plans. Our expansion plans got deferred last year due to Covid but those plans are on track now. Work on new stores has started."

Prior to the second wave of infections, Tanishq was planning to open 35 stores this year. "Now post this wave, we will still try to push for as many as we can," Ajoy added.

Retail chain Shoppers Stop is following the expansion suit. The chain is set to open 11 stores this year.

"In terms of store openings, we opened one last year. In our plans for this year, we had 11 stores which were due to open. But most could not open because construction activity had stopped, "Venugopal Nair, MD & CEO, Shoppers Stop Ltd. said.

With stores across the spectrum opening up, businesses are hopeful that the next few months will be good. Most are banking on increased vaccinations and people following COVID-19 appropriate behaviour.

Anarock, a retail consulting firm in its latest report stated that brands have stepped up on expansion in high-streets. Retail brands closed over 120 lease deals at prominent high street markets across Indian cities and towns between April 2020 and May 2021.