Facebook and Whatsapp have run into trouble in France. They have been issued with formal notices by the data protection watchdog of France 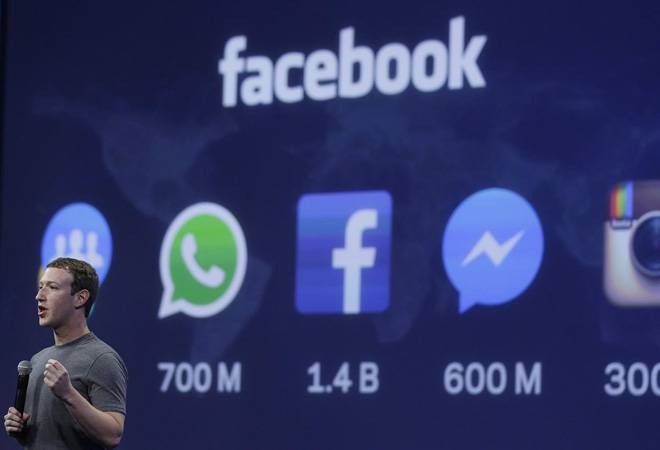 Bachchans enjoying the Bitcoin wave
Guess who's enjoying the Bitcoin wave? The cryptocurrency mania that has gripped Wall Street and many financial markets has driven up the value of a stock investment by the Bachchan family from $250,000 to $17.5 million in two and a half years. In May 2015, Amitabh Bachchan and son Abhishek invested the amount, as part of their personal investment, in Meridian Tech Pte, a Singapore firm founded by Venkata Srinivas Meenavalli. last week when Meridian's prime asset Ziddu-.com was acquired by another Meenavalli-backed overseas company LongFin Corp just two days after the latter's listing on NASDAQ. In December 2017, it is described as "a Blockchain technology empowered solutions provider" that offers microfinance using "crypto currencies across continents." Thanks to words like 'blockchain' and 'cryptocurrencies', the LongFin stock rose more than 1,000%, after surging over 2,500% when the deal to acquire Ziddu.com was announced.

Ola enters online food segment
FoodPanda India has found a saviour in Soft-Bank backed Ola. The ride-hailing firm will infuse $200 mn in food delivery start-up's India operations. Under the deal, FoodPanda's India business will be transferred to Ola in exchange for stock in the latter. The deal leads to Ola's entry into the online food ordering and delivery segment, a business Ola's rival Uber Technologies Inc has already entered through its unit UberEATS.

Facebook and Whatsapp in trouble in France
Facebook and Whatsapp have run into trouble in France. They have been issued with formal notices by the data protection watchdog of France warning that data transfers being carried out for 'business intelligence' purposes currently lack a legal basis - and consequently that Facebook Inc, WhatsApp's owner, has violated the French Data Protection Act. WhatsApp has been given a month to remedy the situation or could face additional investigation by the CNIL - and the potential for a sanction to be issued against it in future.

Tata Steel to raise Rs 12,800 cr to fuel growth
Steel major Tata Steel's board has approved raising Rs 12,800 crore through a rights issue to finance organic and inorganic growth plans.
The board in its meeting also approved a proposal to expand the capacity of Kalinganagar plant by 5 million tonne per annum (MTPA) to 8 MTPA with a total investment of Rs 23,500 crore. The board also reviewed the financial strategy of the company in the light of organic and inorganic growth strategy of the company and approved financial plan to raise capital for the plan.

Railway stations to be LED lit
In order to cut power consumption, the Indian Railways plans to make all stations cent per cent LED lit by March 31, 2018. The railways said it was actively working to provide 100 per cent LED lighting for energy needs in railway staff colonies, stations and platforms. The initiative will reduce consumption by about 10 per cent of the total energy being used for its non-traction uses, conserving about 240 million units of electricity, which will save the Railways about Rs 180 crore annually

Myntra reaches Kirana stores
The nation's largest online fashion retailer Myntra will leverage the power of kirana stores to sell its merchandise. In the months to come, Myntra will target hundreds of kirana stores for this omnichannel effort. It will pay the shopkeepers who are ready to sport Myntra's co-branding sign boards and keep display shelves showcasing its lifestyle products

Xiaomi No 1 Mi Fan sale: Redmi 5A to be available at 12pm today

Xiaomi No 1 Mi Fan sale: Redmi 5A to be available at 12pm today