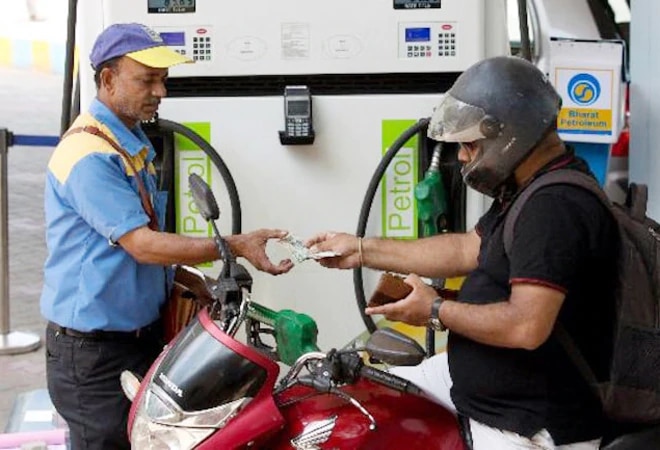 Fuel prices saw a similar hike across other metro cities as well. In Mumbai, a litre of petrol will cost Rs 97.34 per litre after the latest hike, while diesel will cost Rs 88.49 per litre. In Chennai, petrol and diesel prices rose to Rs 92.90 and Rs 86.35 per litre, respectively. In Kolkata, the petrol price rose to Rs 1.14 per litre, while the diesel rate was hiked to Rs 82.26 per litre.

These fuel rates see revision across the country and prices differ from state to state, depending upon VAT imposed by the respective states. Oil marketing companies resumed daily revisions on Tuesday after an over 18-day halt when petrol and diesel prices were hiked by 15 paise and 18 paise, respectively.

These companies had cut petrol and diesel prices by 67 paise a litre and 74 paise a litre, respectively, between March 24 and April 15. In the past three days of the continuous hike, more than half of the cut has been wiped out. Oil marketing companies had put a freeze on the revision of oil prices in the past few days, which coincided with assembly polls in five states, including West Bengal.

As soon as the results of these assembly polls were announced, the companies resumed daily revision of fuel rates citing a firming trend of crude oil in international markets. Fuel demand across India has been dented as various states resort to lockdown-like curbs amid an unprecedented rise in COVID cases. Crude oil prices, however, continue to rise on account of a strong recovery in demand from the US and a weak dollar.

Oil marketing companies like the Indian Oil Corporation, BPCL and HPCL usually revise rates daily. These companies have raised petrol prices by Rs 21.58 per litre and diesel by Rs 19.18 per litre since the Centre raised excise duty in March last year.

Also read: Petrol Rs 75, diesel Rs 68! That's what they will cost if under GST