Schools in Jammu and Kashmir closed, exams suspended amid tension with Pakistan

All government and private schools within 5 kilometre radius along the Line of Control (LOC) will remain closed in Jammu and Kashmir's Rajouri and Poonch districts. 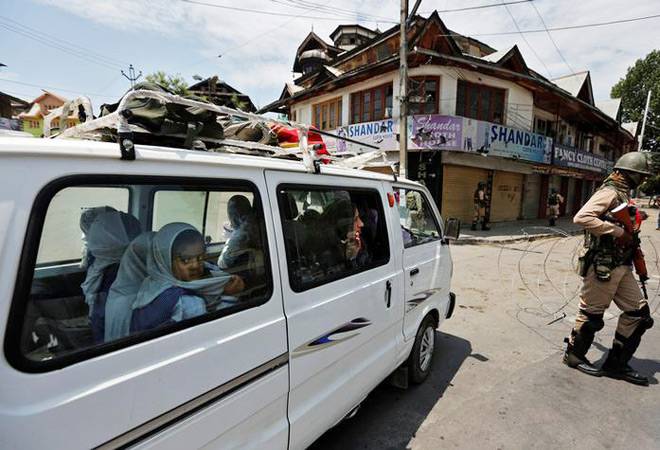 In view of the ongoing tension between India and Pakistan after the Indian Air Force  (IAF) bombed camps of Pakistan-based terror organisation Jaish-e-Mohammed, the district authorities of Jammu and Kashmir have ordered the closure of schools as a precautionary measures.

All government and private schools within 5 kilometre radius along the Line of Control (LOC) will remain closed in Jammu and Kashmir's Rajouri and Poonch districts. In addition to this, school examinations have also been suspended.

The Governor of the state, Satyapal Malik  has directed all the forces to take effective measures in order to maintain peace in the region.

On Tuesday evening, around 6:30 pm, Pakistan initiated unprovoked ceasefire violation by shelling with heavy calibre weapons in 12-15 places along LoC, there after, the Indian Army retaliated by targeting Pakistan's posts. In exchange of fire, five soldiers of the Indian Army suffered minor injuries.

India on February 26 carried out air bombing on JeM camp in Balakot at around 3:30 am, after which Pakistan retaliated by violating ceasefire.

So far, states like Punjab and Gujarat have issued high alert in their districts that share border with Pakistan. Besides, several schools in Delhi-NCR have advised parents to avoid sending children to crowded places.