After wild elephant death in Kerala, cow badly injured in Himachal after fed with explosive-mixed eatables

Incident happened in Dahad village of Bilaspur district where a man allegedly fed a cow some explosives mixed with eatables; cow had received grievous injuries in mouth and jaw, following which she was given medical aid 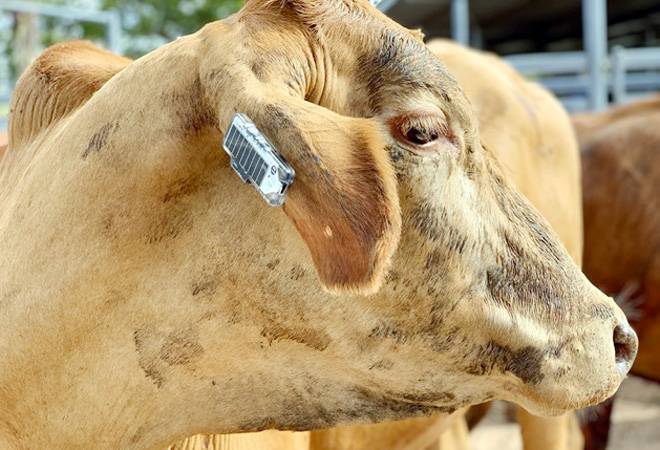 Video of the incident went viral on social media, following which police came into action and arrested the accused/Photo for representation purpose

Days after a gruesome incident of killing of a pregnant elephant by planting explosives in pineapple fed to her in Kerala, a yet another horrific incident has occurred in Himachal Pradesh, in which a pregnant cow was badly injured after she was fed eatables mixed with explosives.

The incident happened last month in Dahad village of Bilaspur district, where a man allegedly fed it some explosives mixed with eatables. The video of the incident went viral on social media, following which police came into action and arrested the accused, identified as Nand Lal Dhiman, on Saturday, Bilaspur Superintendent of Police Dewakar Sharma confirmed to PTI. The wounds appeared to have been inflicted by some explosive material that people in rural areas use to deter animals from damaging their crops, said Sharma, adding the medical team has collected some samples of the cow's blood and injured skin near the jaw for further forensic tests.

As per the police team that visited the village after the incident, cow had received grievous injuries in mouth and jaw, following which she was given medical aid. "The cow owner had added in his complaint that he suspected his neighbour Nand Lal being behind the mischief," the SP wrote to the Himachal DGP. Following this, police registered a case under Indian Penal Code section 429, involving the mischief of maiming or killing cattle, and other relevant sections of the Prevention of Cruelty to Animal Act.

The killing of a pregnant elephant in Palakkad district of Kerala shook the entire nation recently. The elephant consumed a pineapple that was filled with potent fire crackers, which exploded in her mouth. The elephant died about a week after this incident.

From Bollywood celebrities to political leaders, many people condemned the incident and sought maximum punishment for the accused.  The Central government also taken serious note of the incident and has even sought a report on the same from the state government.

The Kerala CM said a preliminary investigation had been launched into the death of the elephant in Mannarkad Forest division of Palakkad. He also said police were directed to take strict action against all those who are responsible for this act.

Following the anger over this incident on social media, Union Environment Minister Prakash Javadekar said, "The Central government has taken a very serious note of the killing of an elephant in Mallapuram, Kerala. We will not leave any stone unturned to investigate properly and nab the culprit(s). This is not an Indian culture to feed fire crackers and kill."

Unlock 1.0: Goa churches, mosques decide to not to reopen on June 8