The project awarded by the government is of 325km, and is touted to generate employment for about 90,000 professionals - engineers, technicians, designers and architects - as well as unskilled workers. 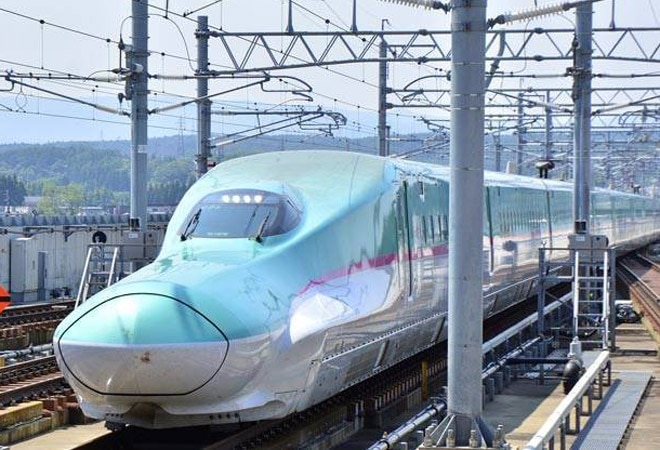 India witnessed its largest ever government-funded civil contract on Thursday in the form of a contract worth nearly Rs 25,000 crore signed between National High Speed Rail Corporation (NHSRCL) and Larsen and Toubro (L&T) for the Ahmedabad-Mumbai bullet train project.

After winning the contract from the Modi government, the engineering major declared that they have deployed people on ground to commence the proceedings. In October 2020, Chief Executive and Managing Director of L&T, S N Subrahmanyan, was quoted in a PTI report declaring the reception of its biggest and most prestigious contract from the Centre. The order from the Centre requires the construction company to hand over the project within four years, and L&T is confident to meet the deadline, said Subrahmanyan.

The project awarded by the government is of 325km, and is touted to generate employment for about 90,000 professionals - engineers, technicians, designers and architects - as well as unskilled workers.

In light of these events, the Japanese ambassador to India, Satoshi Suzuki said the timing for such a contract is very apt to cater to the issue of accelerating economic activities. He also said that the project will not just be a harbinger of Japanese technologies to India, but it will also contribute to urban development during its course.

The ambitious project, for which PM Modi had laid the foundation stone way back in September 2017 with then Japan PM Shinzo Abe by his side, the project is finally underway. The high-speed train network will be based on the Japanese E5 Shinkansen technology.

In other news, CEO and chairman of the Railway Board, V K Yadav mentioned that studies to ascertain feasibility for seven more high-speed trains have been sanctioned by Indian Railways. These are: Delhi-Amritsar, Delhi-Ahmedabad, Delhi-Varanasi, Varanasi-Howrah, Mumbai-Nagpur, Mumbai-Hyderabad, Chennai-Mysore corridors.

Rabi crop sowing 'satisfactory' so far amid COVID-19, acreage up 4%