According to the study PM2.5 particles present in air quality made people more susceptible to coronavirus infection 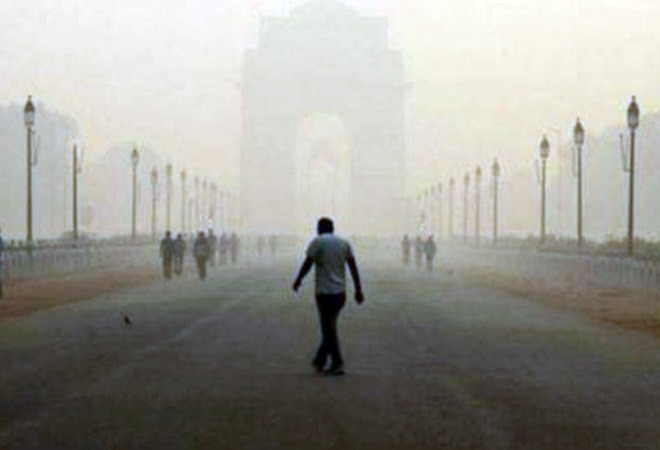 Air pollution caused an estimated 54,000 premature deaths in the Indian Capital New Delhi last year, a higher toll than in any other big global metropolis, according to a study released on Thursday.

The study by Greenpeace Southeast Asia Analysis and Swiss firm IQAir measured air quality by recording the concentration of poisonous PM2.5 particles, which are less than 2.5 microns in diameter and can cause deadly diseases, including cancer and cardiac problems.

Last year they also made people more susceptible to coronavirus infection, according to the study.

In Delhi, the PM2.5 reading peaked in November when it was 30 times above the World Health Organization's safe limit, the study showed, in line with the Indian government's air quality index reading at the time.

On the number of deaths caused, there was no comparison with 2019.

However, 1.67 million lives were lost in India as a whole in 2019 due to toxic air, according to The Lancet.

"Polluted air increases the likelihood of deaths due to cancer and stroke, spikes in asthma attacks and worsens severity of COVID-19 symptoms," Avinash Chanchal, Climate Campaigner, Greenpeace India, said in the report.

Pollution in Delhi had almost disappeared earlier last year, when the government imposed a nationwide lockdown to contain the coronavirus, but it returned after the government began lifting restrictions at the end of August.

Delhi's annual PM2.5 average reading in 2020 was almost six times above the WHO's safe limit, the report said.

Pollution also led to around 25,000 premature deaths in India's financial hub Mumbai in 2020, according to the report.

"The need of the hour is to rapidly scale up renewable energy, bring an end to fossil fuel emissions and boost sustainable and accessible transport systems," the report said, referring to big cities around the world including in India.