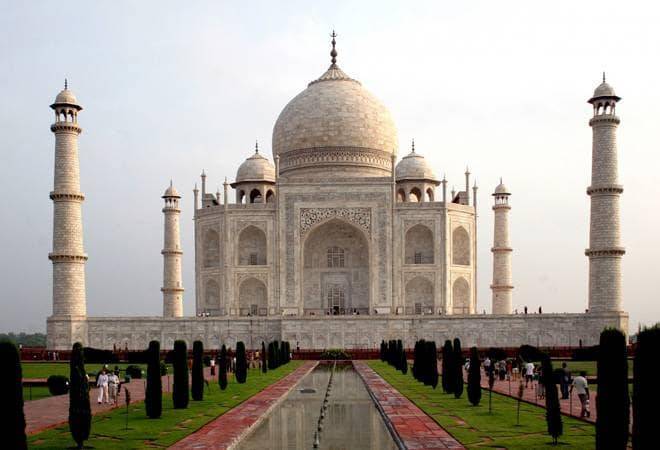 The district administration, Agra Nagar Nigam and UPPCB collaborated with Vodafone-Idea to bring in two such air purifier vans to the city to combat pollution

As north India battles severe levels of pollution, state authorities have deployed an air purifier at the Taj Mahal to save the iconic monument, officials said on November 3.

The air purifier van deployed by the Uttar Pradesh Pollution Control Board (UPPCB) has capacity to purify 15 lakh cubic metre air in eight hours within a 300 metre radius, they said.

"Looking at the developing situation and consistent deterioration in air quality, a mobile air purifier van has been deployed at the west gate of the Taj Mahal," Regional Officer of UPPCB Bhuvan Yadav told PTI.

Pollution around the white marble mausoleum has been a cause of concern for a long time as it has been damaging the monument, one of the seven wonders of the world.

The district administration, Agra Nagar Nigam and UPPCB collaborated with telecom operator Vodafone-Idea, as part of corporate social responsibility efforts, to bring in two such air purifier vans to the city to combat pollution, the officials said.

The vans were brought to Agra on October 24 and looking at the fast deteriorating air quality in the city, one of them has now been deployed near the Taj Mahal to protect it from air pollution, Yadav said.

At present there is no continuous air monitoring station around the Taj Mahal to help calculate the AQI so the magnitude of how much air has been purified cannot be determined, the officials said.

However, there is a monitoring station at Sanjay Palace in the city, which showed an AQI of 293 at 4pm, according to the Central Pollution Control Board. An AQI between 201-300 is considered 'poor' and causes breathing discomfort to most people on prolonged exposure.

Several north Indian cities have been battling tremendous levels of pollution over the past few days, prompting authorities to declare health emergency in Delhi.

Schools in Ghaziabad, Noida, Greater Noida shut till November 5 due to pollution