Amitabh Bachchan to be honoured with Dadasaheb Phalke on December 29 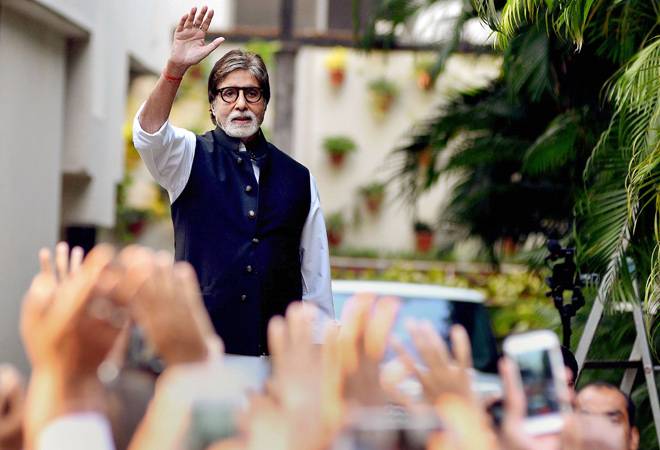 Megastar Amitabh Bachchan, who skipped the National Film Awards ceremony on Monday due to ill health, will be presented with his Dadasaheb Phalke honour on December 29, Information and Broadcasting Minister Prakash Javadekar said.

President Ram Nath Kovind will host a high-tea for all the winners at the Rashtrapati Bhavan where Bachchan will be presented with Indian cinema's biggest honour, Javadekar said during the National Film awards ceremony here.

Bachchan, 77, tweeted on Sunday that he would have to give the ceremony a miss as he was down with fever and doctors had advised him to avoid travelling.

"Down with fever .. ! Not allowed to travel .. will not be able to attend National Award tomorrow in Delhi .. so unfortunate .. my regrets ..," the veteran actor wrote.

The award, named after Dhundiraj Govind Phalke who is revered as the father of Indian cinema, was instituted in 1969, the year Bachchan made his debut in Hindi film industry with "Saat Hindustani".

Considered the highest honour for an artiste in Indian cinema, the award comprises a Swarna Kamal (Golden Lotus) medallion, a shawl, and a cash prize of Rs 10,00,000.

It was conferred upon late actor Vinod Khanna in 2017.

Traditionally, the National Awards are handed out to the winners by the President of India.