According to the ASDMA, nearly 3,363 villages under the 26 districts have been completely submerged by the floods. Around 1.29 lakh hectares of cropland has been destroyed 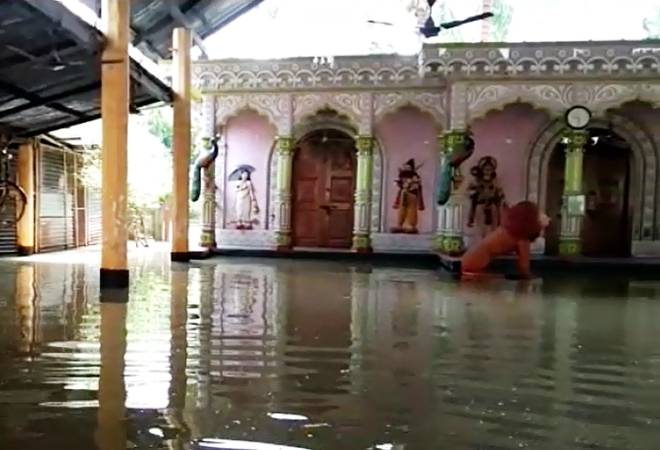 Assam flood situation continues to worsen. Six more individuals lost their lives on Thursday taking the state death toll to 77. According to the flood report of Assam Disaster Management Authority (ASDMA), Barpeta, Dhubri, Darrang, Bongaigaon, Goalpara and Kamrup all witnessed a single death.  The flood has shown no sign of receding and the situation has remained unchanged for the past week.

According to the MET department, "Fairly widespread to widespread rainfall, with isolated heavy to very heavy rainfall, is very likely over the northeast between July 18 and July 20. Isolated extremely heavy rainfall is also likely over Assam and Meghalaya between July 19 and 21 and over Arunachal Pradesh during the next three day. It may accentuate existing flood conditions and also lead to landslides in some areas of the northeastern states,".

According to the ASDMA, nearly 3,363 villages under the 26 districts have been completely submerged by the floods. Around 1.29 lakh hectares of cropland has been destroyed. Around 51,000 people have become homeless because of the floods and been transported to the 304 relief camps spread across the area.

The NDRF, SDRF and district administration rescued 2,389 people from the flood-affected districts on Thursday. The floodwaters have damaged 191 embankments, 133 numbers of bridges, culverts and 1,414 roads across the state.

Humans are not the only ones who have been severely affected by the floods. On Thursday it was reported that so far 76 wild animals including five one-horned rhinos have died in flood in Kaziranga National Park. Apart from the rhinos, 61 hog deer, five wild boar, two wild buffalo, two swamp deer, one porcupine have also died during the flood.